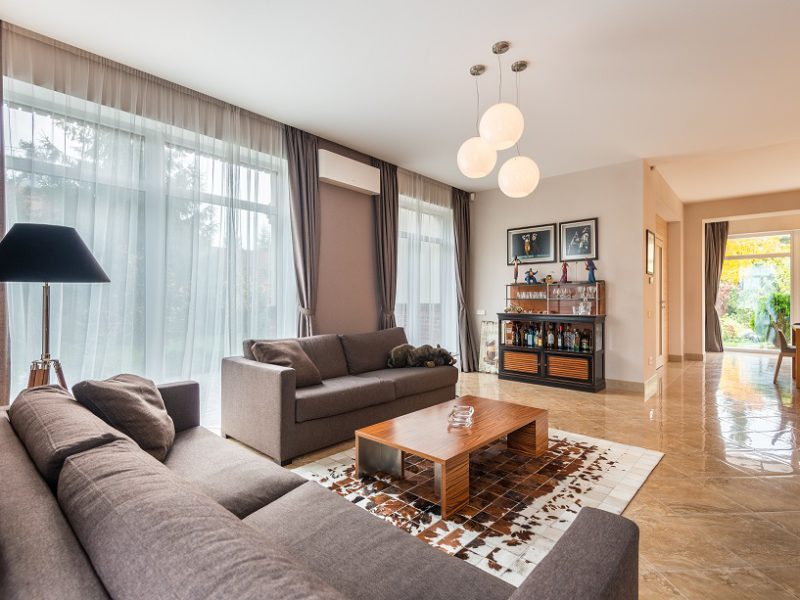 10 Apartments near Central Park Mall to Support Your Urban Lifestyle

Being one of the largest shopping centers in Jakarta, Central Park Mall not only offers you the convenience of finding and purchasing your daily needs but also extraordinary shopping experiences. This vast plaza was even awarded by Asia Pacific Property Awards 2011 as a Highly Commended Retail Development in Asia Pacific and The Best Retail Development in Indonesia. If you want to enjoy all the exclusivity and fun of Central Park Mall easily, then living at one of the apartments located near the Mall is worth trying.

Read also: Apartments Near Trilogi University Just for You!

So, here are the 10 Apartments that are located near Central Park Mall. Who knows, you might find one that suits you best!

It will only take several minutes for you to walk towards Central Park Mall from this apartment. Consisting of 3 towers namely; Alaina, Amandine, and Adeline, Central Park Residence is directly connected with Central Park Mall, Neo SOHO, Busway Station, and Pullman Hotel. The facilities you can fully enjoy here are gym, swimming pools, basketball and tennis court, grocery store, kid’s playground, jogging track, etc. As a 50-floor apartment building, you can definitely see Jakarta’s stunning view at night from here.

Looking for some apartments near Central Park Mall that could provide premium facilities? Neo Soho Residence might be the best option for you! This apartment even accommodates the option to serve you with full English/Irish and American breakfast. It also provides a private parking space for its tenants. And if you aren’t satisfied with only lurking around Central Park Mall, you can also go to Tanah Abang Market since it is only 3 KMs away from Neo Soho Residence!

Royal Mediterania Garden Residence which is only about 200 meters from Central Park Mall has 1.619 units and is provided by 24 Hours security, basement parking, and a Private Access Card, so your safety as a tenant is pretty much guaranteed here. Its other facilities like swimming pool, fitness center and basketball court that you can use all the time are highly recommended for you who love sports. If you seek comfort from living such an urban lifestyle, then this apartment might be the one you’re looking for!

Consisting of six towers and having 3600 units in total makes Taman Anggrek Residence one of the most luxurious apartments in West Jakarta. It is situated very strategically near landmarks such as Central Park Mall and Taman Anggrek Mall which can be reached on foot using the sky bridge. Besides that, many well-known universities, schools, and hospitals surround the apartment. Worry not about its complete facilities, because as a tenant you’ll get to enjoy sports centers, spa, steam room, supermarkets, coffee shop, restaurant, 24-hour clinic, and even BBQ!

Nestled within the district of Podomoro City superblock, Mediterania Residence 1 is one of those living places that are very close to Central Park Mall and Neo SOHO Mall. Not only does it offer you the convenience of shopping at those landmarks, but it will also help you whose mobility is high since this apartment is very close to Jakarta Inner Ring Road, 34 minutes away from Soekarno Hatta International Airport by car, and 15 minutes away from Thamrin City Business Centers.

Was built by Agung Podomoro Group as the developer, Medit 2 Tower K will give most students a huge advantage since its location is quite close to some well-known universities such as Universitas Trisakti, Universitas Tarumanegara, Universitas Kristen Krida Acana, and Universitas Podomoro. You can also have easy access to Central Park Mall, Taman Anggrek Mall, Ciputra Mall, and ITC Roxy Mas. The facilities of the apartment itself aren’t ones to be questioned! Some of them that you’ll absolutely enjoy are the swimming pools, tennis court, basketball court, and jacuzzi.

Considered as one of the famous living spaces in West Jakarta, Grand Tropic apartment has been maintained its existence for more than 20 years since 1996. This apartment accommodates top-quality facilities to its tenants from the library, swimming pool, tennis court, a gym, spa service, and even Most importantly, you wouldn’t find any difficulties to reach Central Park Mall, Neo SOHO, and Ciputra Mall in no time since those shopping centers are very near from the apartment.

Grand Madison Apartment is another one that could be your next option if you look for a high-end apartment near Central Park Mall. As one of the most luxurious condominiums in West Jakarta, Grand Madison is equipped with the use of smart technology that will help the tenants to reduce utility bills by having energy-efficient air conditioning, energy-saving lighting, and low-flow showerheads to save energy and water. And for you who love using public transport, Grand Madison is located near to a Transjakarta bus station of S. Parman Podomoro City.

This 35-floor apartment building is one that you should consider as a place to stay if you look for an apartment that has high accessibility from many public places. Located in such residential and commercial districts, Westmark Apartment is surrounded not only by nearby landmarks namely Central Park Mall and Neo SOHO Mall, but also by well-established universities like Universitas Trisakti, Universitas Kristen Krida Acana, Universitas Podomoro, and Universitas Tarumanegara. There are also several convenience stores within the building itself, such as minimarkets, ATM booths, and laundry.

Those are the list of apartments near Central Park Mall that might be your best options if you want to have easy access to the mall and the exclusivity of metropolitan areas around West Jakarta. So, which apartment that you feel most likely suits your needs?