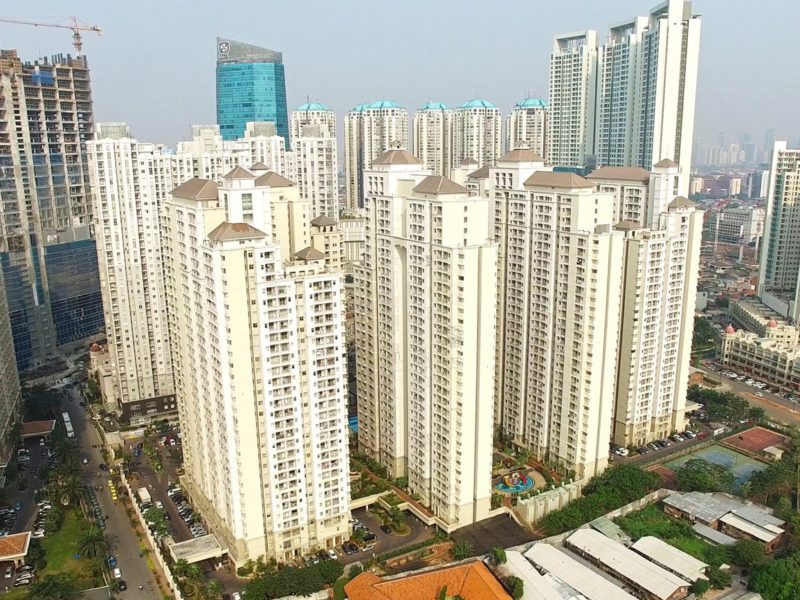 West Jakarta is one of five administrative cities that form Jakarta. At the 2018 census, it had a population of 2,486,074 people. West Jakarta is divided into 8 districts, such as Cengkareng, Grogol Petamburan, Tambora, Taman Sari, Palmerah, Kalideres, Kebon Jeruk, and Kembangan. Besides South Jakarta, West Jakarta is now planned to become a new business district area of Jakarta. Hospitals, shopping malls, office centers, schools, and entertainment centers and some universities were established particularly in West Jakarta. If you’re looking for a place to stay in West Jakarta, this administrative city has many options. You can choose such as renting a house, renting an apartment, or renting a kost. If you decide to rent an apartment, it would be great if the apartment is near some public transportation. This article will help you to find an apartment in West Jakarta that is near public transportation.

You can also read more about apartments with different types around Slipi, Grogol, and Palmerah in West Jakarta:

Located in Grogol Petamburan, West Jakarta, you should consider this apartment if you want to stay in Tanjung Duren area. This apartment is not only strategically located near S Parman Podomoro Transjakarta Shelter but also near some shopping malls such as Central Park Mall, Taman Anggrek Mall, and SOHO. Besides that, Mediterania Garden Residence is also located near several universities. There are Krida Wacana University, Bina Nusantara University, Tarumanagara University, Trisakti University, and many more!

Mediterania Garden Residence also provides facilities for residents, such as swimming children playgrounds, grocery stores, restaurants jogging Track, Basketball field, and many more. Furthermore, you don’t have to worry about security because the guard is working 24/7. This apartment is built by Agung Podomoro Group that has a big portfolio in the property industry. This apartment offers option types of studio, 1BR, 2BR, 3BR, and 3+1BR units. You can find non-furnished units, semi-furnished units, and fully furnished units and usually the fully furnished units are the expensive ones.

Season City is an apartment in West Jakarta built by Agung Podomoro Group, and has 1500 total units. This apartment is located in the same complex as Season City Mall, so you can fulfill your needs there. Besides, this apartment is located strategically near Duri Station. Not only near Duri Station, but Seasons City also is not far from several shopping malls. There are Emporium Pluit, Taman Anggrek Mall and Central Park Mall, and Citraland Mall. Seasons City Apartment is also suitable for college students because it’s close to Tarumanagara University and Trisakti University. You can find many facilities in this residence, such as swimming pool, children’s playground, jogging track, laundry, fitness center, 24 hours security, and many more. Offering some types of units such as studio, 1BR, 2BR,  3BR, and 3+1BR, the units are divided into several categories such as non-furnished and fully furnished units.

This apartment is the right choice if you want to stay in a place near Grogol Station in West Jakarta. The developer of this apartment is the Agung Podomoro Group, which has a big portfolio in the property industry. Located in superblock Podomoro City, this apartment is also near some shopping malls such as Central Park Mall, Taman Anggrek Mall, and Neo SOHO. Therefore, you don’t need to worry because it’s easy for you to fulfill your needs. You can find many facilities in this apartment such as sauna, fitness center, sky lounge, taxi pool, function room, kid’s playground, 24 hours security, swimming pool, rooftop garden, tennis court and many more.  This apartment offers some types of units such as studio, 1BR, 2BR, 2+1BR. The units are also divided into several categories such as non furnished and fully furnished units.

You should take a look at this apartment if you want to stay near Mangga Besar Transjakarta Shelter and Mangga Besar Station. This apartment in West Jakarta is strategically located in Taman Sari. It is not far from several shopping malls such as ITC Mangga Dua and Hayam Wuruk Plaza. Besides, the location is not far from Monumen Nasional and JIEXPO Kemayoran. This apartment offers good facilities for residents, ATM, gym, swimming pool, restaurants, playground, laundry, function room, security, grocery store, and many more. This residential has several types of units such as 1BR, 2BR, 3BR, and 4BR. Also divided into some categories such as non furnished and fully furnished.

If you’re looking for an apartment near Jakarta Kota Station, you should consider this apartment. Located strategically, this apartment is near shopping centers such as Glodok, Asemka, ITC Mangga Dua, and Gajah Mada Plaza. This apartment has 844 total units for its residents. They also provide many facilities for residents such as jogging track, ATM, function room, security, gym, playground, restaurant, laundry, and many more. Green Central City offers several types of units such as 1BR and 2BR and divided into unfurnished and furnished units.

So, here we are! The 5 lists of recommended apartments if you’re looking for an apartment near transportation hubs in West Jakarta. Good luck with finding a new place and don’t forget to read other recommendations in our blog! You can also check out other articles about apartments in Jakarta’s selected area from Flokq! 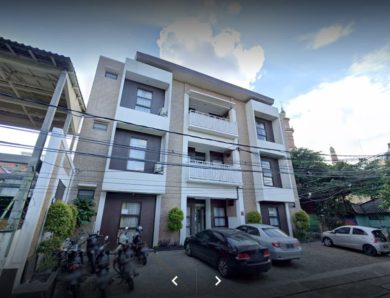 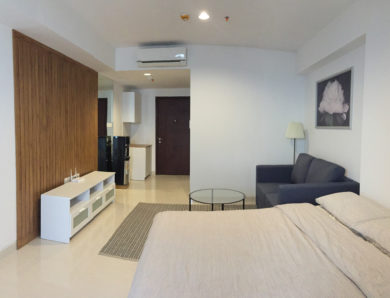