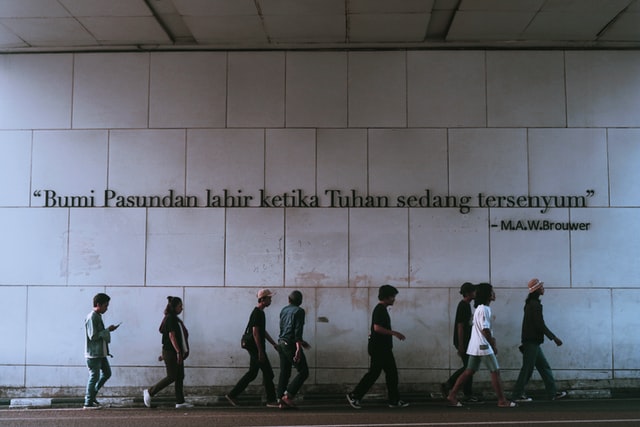 15 Bandung Specialties You Must Try!

Bandung is one of the cities that is famous for its factory outlets and also typical food that has a lot of variants. Bandung specialties have a salty, sweet, and spicy taste, especially snacks at affordable prices. You should not miss these foods if you visit Bandung. The city known as Paris Van Java has many variants of typical food that are liked by many visitors and natives of Bandung. Here are 15 Bandung specialties that you can enjoy.

The name of a typical Bandung food that you may not be familiar with is cilok. This food is home-cooked food that can be found on the roadside or in large restaurants. Cilok is made from flour mixed with meat which gives it a chewy effect. This food is also equipped with peanut sauce or mayonnaise sauce that can be adjusted to your taste.

Besides cilok, cimol is also a food that is quite famous outside of Bandung. The ingredients are similar to cilok but are made like meatballs. In addition, cilok is cooked by boiling while cimol is cooked by frying. This food can be mixed with additives such as chili powder, cheese, or peanut sauce. Cimol can be found at roadside vendors and sold at affordable prices.

One of Bandung specialties that is very popular among culinary lovers is batagor. The batagor recipe consists of fish dough and starch which is later complemented with peanut sauce and lime juice. This food has a crunchy texture and is perfect for an afternoon meal.

Surabi is a typical Bandung specialty that is liked by many people. The recipes also vary, ranging from the original surabi to those that have been modified to be more contemporary. Although it looks like a pancake, surabi has a difference in the way of cooking because it is baked on a stove. Some of the toppings commonly used to decorate Surabi are chocolate, banana, jackfruit, cheese and durian.

Mie kocok is one of the snacks that you can find on the roadside, especially at traders who use carts. It is a noodle soup made of flat noodles mixed with various kinds of vegetables, bean sprouts, and equipped with beef. The presentation itself begins with mixing the noodles and other ingredients by shaking.

Seblak is one of the typical foods of Bandung that has reached various regions in Indonesia, one of which is Jakarta. This food is made from boiled crackers and mixed with various food ingredients such as chilli concoction, garlic, salt, and galangal. In addition, seblak can also be added with various toppings such as chicken claws, batagor, or pieces of chicken meat. It is also divided into two variants, namely wet seblak and dry seblak.

If you are looking for healthy Bandung specialities, Lotek is one of the choices that you must try. Lotek recipe consists of a mixture of various vegetables seasoned with peanut sauce. The shape of the lotek is similar to the typical food of Jakarta, namely gado-gado.

Perkedel Bondon is a typical Bandung food that is specially made as a night snack in a city dubbed Paris Van Java. Traders who usually sell this food are open from 22.00-04.00 WIB. One piece of cake can be purchased for IDR. 2000. You can come to Bandung Hall Station, Jalan Station Timur 1 or Jalan Kebon Kawung number 43 Bandung to taste this food.

Colenak is a typical Bandung food that has a sweet taste. This dish consists of tape or peuyeum that is burned and equipped with a mixture of palm sugar water and greeted coconut.

Bandros is a food consisting of a mixture of rice flour and coconut milk cooked in a concave mould. The half-baked cake dough will be sprinkled with grated coconut while waiting for the dough to ripen. This food has a savoury and salty taste.

Combro is an abbreviation to indicate the oncom that is in this food (oncom di jero). This is one of the typical Bandung foods that has been famous for a long time. Combro is made from processed cassava which is fried and filled with oncom. This food can be found in traditional markets or roadside traders.

One of the foods whose name is also abbreviated is misro a.k.a amis di jero. This food is also made from fried cassava. But what distinguishes combro and misro is that misro has brown sugar filling in the middle.

Food from Bandung which is similar to meatballs is cuanki. This food is served without yellow noodles or vermicelli, that’s what distinguishes it from meatballs. If you are a meatball lover, you must try this food to see the difference between meatballs and cuanki. In addition, this food is also suitable as a body warmer because it contains a savoury hot sauce.

Moring is an abbreviation of dry cimol which is one of the typical Bandung foods made from aci mixed with spices. Moring differs from cimol because moring is made from the thinly sliced ​​dough before it is fried. This food has a variety of flavors such as spicy and sweet which is shaped like chips which makes it often also referred to as moring chips.

Gehu is the name of a typical Bandung food made from fried tofu filled with bean sprouts. This food is also coated with crispy flour which makes the texture savory and crunchy. Gehu has also been modified so that it doesn’t only consist of two ingredients, namely vermicelli, cabbage, carrots, minced meat, and even shrimp. These ingredients are stir-fried and put into the tofu. This food is suitable as a snack to relieve fatigue after walking around Bandung.

These are 15 Bandung specialties that you can enjoy. A visit to Bandung is certainly not complete if you don’t try one of the foods above. Hope this helps!