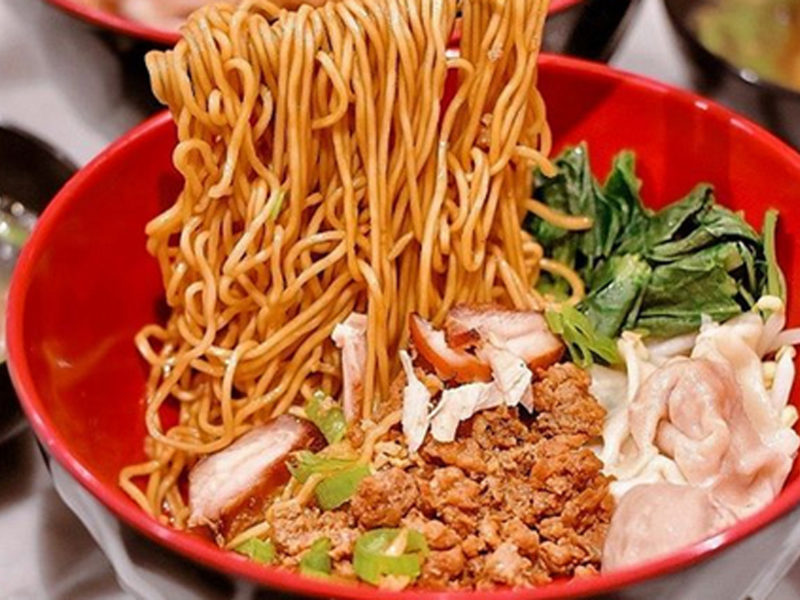 Many people have a thing in noodles and maybe so do you! Noodles have been one of Asia’s favorite food for centuries, they are everywhere! You can’t go visiting the streets in Asia without tasting the best noodles in that area! This is because noodles are served in a variety of ways and forms depending on the culture of the place, making them unique. Some of the forms are big, round and thick, while some are thin, long, and fragile. Some are served with broth while other noodles are fried.

As we know, South Jakarta is known for its culinary and youthful places, which makes it more exceptional for the noodles in South Jakarta! Many people around Indonesia come to this place to open up noodle bars and introduce their unique cultural noodles to the heart of the city, making South Jakarta one of the diverse places to search for noodle bars! So, here is a list of 5 best noodle bars in South Jakarta that will make you come back for sure!

The location of this noodle is in Tebet, which is known for its culinary areas. Bakmi Kepiting Pontianak is native from China but has been cultivated by people in Pontianak. The noodles are known to be served with mushrooms, fried dumplings, mustard greens, bean sprouts, fish balls, chicken, and crabs! What makes Bakmi Kepiting Pontianak special is the soft think textures of its noodles and the rich original taste of its toppings. It’s a place for you to have trials and errors in eating noodles!

This noodle bar is located in what is known to be the area of cozy places to live in. In Kebayoran City, Bakmi Yamin Bang Alex is known for its unique taste, one of the secrets that contribute to the unique taste is the satay that they recommend in ordering along with the noodles. But other than that, the noodles itself has chewy textures and savory taste, making it have its signature taste. Overall, this noodle is served like the basic noodles, meatballs, chicken, fried dumplings, vegetables, and fried onions. Its affordable prices and taste worth to trying!

Bakmi Boy Santa is located in Senopati, this area is known for its foodie destination, no wonder that one of the best noodles come from this place. Boy Santa has been in the noodle business for quite some time, its broth soup and soft textured thick noodles is its secret weapon, it has this savory and sweet taste that makes everything tastier. Its signature menu to this is the Bakmi Ayam Jamur Pangsit Rebus, its dumplings are packed with seasoned meat, the seasonings in the mushroom, and chicken is also what completes the noodles. You should get ready to taste its signature menu!

Finally, we’ve come to basic street food noodles. This noodle is located at Blok M and served in a simple food cart. Blok M is known for its youthful entertainment places and having one of the tastiest noodles in this area got people in line real fast. Although it is served like any other noodles with meatballs, chicken, fried dumplings, vegetables, and fried onions, the seasonings in the chicken are so savory and sweet that enhances the flavor of the chicken. The noodles itself is soft and a little bit chewy, so it’ll be more satisfying for your taste buds to bare. So get ready to eat in the streets of Jakarta and enjoy one of its tasty noodles!

Located near the Tebet Market, this noodle bar is probably one of the oldest in Indonesia, so no wonder it serves one of the tastiest noodles there is. Tebet is known for its culinary goods and restaurants, it’s probably one of the noodle bars that could serve a simple yet original mie ayam. The meatballs are soft and the flavor of the meat is unbearable, and the seasonings make it sweet and savory at the same time. Just like any kind of noodles, it is served with chicken, fried dumplings, vegetables, and fried onions. You don’t want to miss out on trying this noodle bar!

Many tasty noodle bars are yet to explore but there you have your 5 best noodle bars in South Jakarta! Here’s a tip, eat the noodles with broth when it’s raining or cold and it’ll be the most delicious thing you tried! Don’t forget to check Floqk’s blog for more culinary recommendations!