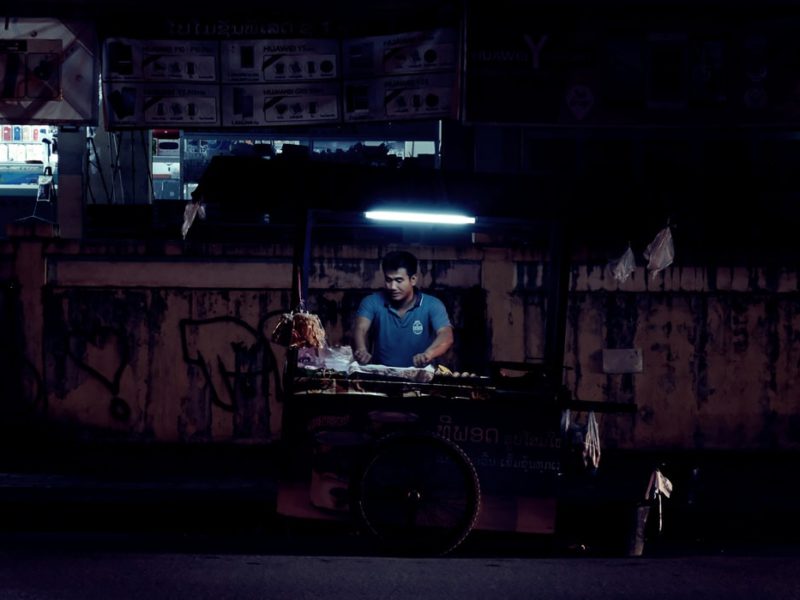 A Guide to Buying Gorengan

Gorengan or Fritter, The name gorengan doesn’t represent only one specific food, it is a category name that refers to deep-fried snacks made of various coated with flour batter. Gorengan can be sweet or savory, and mostly the fritters use banana, cassava, tofu, tempeh, and sweet potatoes as the main ingredients.

Indonesian must be very familiar with gorengan. It is the most common Indonesian street food that is sold at numerous stalls or even a cart (gerobak) throughout the country. Since the price is very cheap (one piece of gorengan usually priced Rp.1000), people usually buy more than one gorengan. Although gorengan is a snack, it is common for Indonesian people to have gorengan as additional food or a side dish. When an Indonesian eats a gorengan, they are often accompanied by fresh bird’s eye chili.

Indonesian have a culture of sitting and talking with their friends in the afternoon eating gorengan accompanied by a hot coffee/ tea on the terrace.

Gorengan is a small example of successful tolerance in Indonesia. From its origin, gorengan is indebted to Egyptian culture. Indonesians also absorb the influence of Chinese culture through deep frying and sauteing techniques.

Talking about gorengan means talking about street food in Indonesia. Known in Indonesia as “makanan kaki lima”, the term comes from the practice of selling readily prepared food on old Jakartan sidewalks that used to measure mere 5 feet (1.50m) in width. Another popular tell-tale tells that the name was made about the total leg-count of the seller’s and the cart’s: two legs, two wheels, and one stand-leg.

When comes the word “street food”, the image that most often comes to mind is the ambiance of Thailand or maybe Vietnam, where the concept of food served from the street was placed with street located stations that will prepare a dish to the customer order from a range of specialties. Food trucks, street-side stalls set up with multiple styles of grills, stir-frying, steaming, and boiling components.

But, in Indonesia, street food comes differently, the vendors are usually mobile. They use Gerobak, a food cart, a mobile kitchen set up on the street to prepare and sell street food to passers-by, and most of them are not engine powered, it’s pushed by the seller.

Here are the snacks you will typically find in a gorengan cart.

The most famous one. As the name implies, pisang goreng is a snack made of banana or plantain, can be covered in sweet batter or not, being deep-fried in hot cooking oil. It’s a snack to accompany coffee or tea.

There are some common bananas used for pisang goreng, such as pisang raja, pisang tanduk, and pisang kepok. This banana has mild sweet and sour flavor and a firm texture that will not crumble upon being fried. Pisang raja, however, has a softer texture and fragrant aroma.

Similar to Japanese Yasai Tempura, bakwan also known as Bala-Bala. Usually made with wheat flour, the flour is mixed with water, eggs, baking powder, and a choice of spices and mixed with a variety of finely cut and shredded vegetables such as carrots, bean sprouts, cabbage, and scallions.

Bakwan is a must choice if Indonesian buy gorengan. Bakwan is combined perfectly with a bird’s eye chili or a peanut sauce. There are two common varieties of Bakwan: Bakwan Sayur (assorted vegetable fritters) and Bakwan Jagung (corn fritters).

Cireng, which stands for Aci Goreng or in English is Fried Flour, originated from West Java. It is made from tapioca flour, wheat flour, water, salt, pepper, and garlic powder then fried.

Cireng fritters are characterized by their round shape, white or pale color, and crispy outside, while it remains soft and chewy inside. They are best enjoyed freshly prepared, accompanied by soy sauce or chili-based sauces.

Tempeh is an Indonesian traditional soy-product, made from fermented soybeans. In gorengan usually thin slices of tempeh are deep-fried in oil until they become very crispy. Tempeh Goreng is a hundred percent vegetarian-friendly snack.

Indonesia, however, is one of the world’s largest cassava producers. So, it is very popular among the Indonesian. The original form of Singkong Goreng is just deep-fried plain cassava. However, you can use chocolate and even parmesan cheese for the toppings. Commonly accompanied by black coffee, cassava contains a lot of Vitamin K and Vitamin C.

Risol Bihun is a spring roll filled with rice vermicelli. Not just like other basic rissoles enclosed in pastry or rolled in breadcrumbs, risol bihun is a spring roll. It’s just a matter of naming. Risol Bihun also known as Risol Kampung is often used as a snack for events. Usually this Risol is enjoyed with peanut sauce or a classic bird’s eye chili.

So there you go, a guide to buying Gorengan, a very common snack in Indonesia. Among these Gorengans, which one is your favorite?