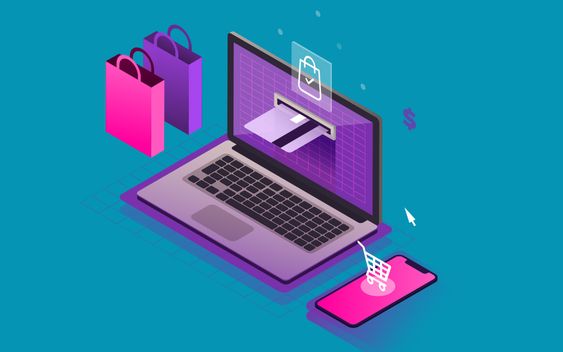 What exactly is e-commerce? Ecommerce is short for electronic commerce or internet commerce. The buying and selling of goods or services using the internet, the money transaction is mostly done virtually as well (e-money or transfer). The growth of e-commerce itself is not only with local startup companies but also foreign e-commerce startup companies trying to compete to be the best leading and most used e-commerce in Indonesia. So, here is some more information regarding Indonesia’s e-commerce growth until 2020.

The Most E-commerce Type in  Indonesia

In Indonesia, the most used type of e-commerce is business to consumer (B2C), that being said, companies like Traveloka, Lazada, and Shopee has been connecting businesses to consumers, making things a lot easier. It is the most used type because both sides have great advantages due to the large prospect sales or the broader market. The system and transaction of B2C are also much easier and takes less time, all it takes is a click on the screen. Next in line is Customer to Customer (C2C), platforms like Bukalapak, Tokopedia, and Kaskus allow anyone that has or doesn’t have a business to sell their goods to other people. Coming on the third place is Business to Business (B2B) and lastly Consumer to Business (C2B)

The Biggest E-Commerce in Indonesia

Surprisingly, the e-commerce sites in Indonesia have gender preferences. Woman in Indonesia tends to like using Shopee because it tends to have various and complete choices of fashion and beauty. To sum things up, Shopee has many various discount events, and women just love discounts! Whereas men tend to like Tokopedia since it sells complete products of digital, electronic, and hobby stuff that men tend to like.

Of course, the effect on the economy is big. With many e-commerce businesses running in Indonesia, it opens up various work opportunities for the people, reducing its unemployment. In 2019, Indonesia’s digital economy has reached US$ 40 billion and will still keep growing. This is due to the market value that has investors interested. Investors could invest not only in startups but also by making their own business in Indonesia, contributing to its national economy.

Other advantages in the economy are how these e-commerce businesses give buyer benefits, which means that consumers are benefited more to get cheaper products because the supply chain is been broken down between the producers and buyers directly. This also could reach social equality, anyone from anywhere could have unlimited access to these facilities that e-commerce has to offer.

So, there you have a picture of the e-commerce growth in Indonesia. With this being said, many work opportunities are opened but many of the other occupations are not needed anymore too because they are being replaced by machines. People are slightly beginning to understand that they need extra skills to have prosperous work in the e-commerce industry. In years to come, Indonesia would be one of the leading countries in economic growth because of this.