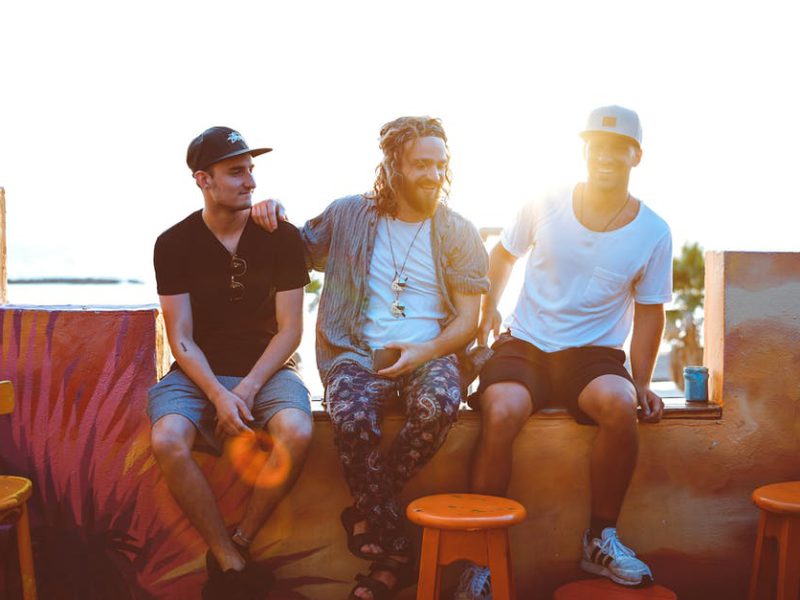 When traveling or staying in Indonesia, greeting people in their languages can bring luck. A simple ‘good morning’ or ‘hello’ in Bahasa Indonesia will get you connected with the local people because it shows your respect and kindness. Learning Indonesian is quite simple, the words and spelling are identical to how it’s spoken, and because of that, you’ll be speaking like a local in no time! So, here’s your guide to greet people in Bahasa Indonesia!

Saying hello in Indonesian is not different with English, the concept and words are slightly similar, all that is left is the accent and pronunciation. So, here’s so phrases in greeting people with Bahasa and when to say them.

This greeting is basically ‘hi’ or ‘hello’ in English, this greeting is an informal way to greet people, it’s usually used to people that you already know or people the same age and younger.

You can use this phrase when you will start interacting with other people, ask for their attention and, before starting a conversation.

In Indonesia, the time is divided into 4 main parts whereas in English it’s known to be in 3 parts. Basically, ‘selamat’ means ‘good’ and ‘pagi/siang/sore/malam’ means ‘morning/afternoon/evening/night.’ But the usage of these greetings is different although if translated they both have 4-time parts.

In English, greeting someone at night would be necessary with a ‘good evening’ and only saying ‘good night’ when saying goodbye, but in Indonesia when its night, you would still greet people using ‘selamat malam.’ This phrase is unique because it can also be used when saying goodbye. Another tip is, Indonesia’s like to shorten a phrase, so if people greet you with only saying ‘pagi’ or ‘siang,’ just answer with the same thing if you want to save your words up.

Apa Kabar? Bagaimana keadaanmu? / How are you?

After introducing yourself with ‘halo, saya (your name)’ you want to say that you are glad to meet them then this is the kindest way to say so.

when you about end the conversation and want to say thank you in Bahasa Indonesia. use this phrase also after local helped you with direction or on another occasion.

Manners In Greeting Someone

Indonesia is known for its kind and humble character, this embodies their everyday living. This also implies how to greet someone with good manners. Indonesia has a slightly different and opposite culture when it comes to greeting someone, while confidence is respected in the western countries, in Indonesia, being down to earth and humble is highly respected. So, here are some important manners you should consider when greeting an Indonesian.

Always shake with your right hand, even though you’re left-handed, this also applies when handing something to somebody or touching someone. It’s considered rude to use your left hand because the left hand is known to be used for wiping yourself in the bathroom. Another thing to consider while shaking hands is to not grip so firmly, other than hurting someone, it’s considered arrogant and ambitious.

When greeting someone, eye contact is good! But when you’re talking to an adult, making too much eye contact is considered rude. In some cases, some people from the opposite sex won’t make eye contact with you while talking and you shouldn’t be surprised, this is because Indonesia is the biggest Muslim country and by this, their teachings forbid them to make intense contacts with their opposite sex.

The key to being friendly in Indonesia is to smile more! When you’re talking to someone, introducing yourself, and even when you’re walking in the streets and passing people, nod your head a little while smiling. People will see that as a kind gesture, they even can interpret you as being disrespectful or rude if you don’t smile! This is probably the opposite of the western culture that considers this act weird or considered as an act to hit on someone.

When walking past a group of people or older people, say ‘permisi’ or ‘maaf’ this means  ‘excuse me’ or ‘sorry.’  Its a form of respect to the elders and others that are in the middle of something while you’re passing by. Another tip is to slightly bend while meeting people older than you or a person who has a position of authority, this is also a form of respect to them.

So, there you have learned your basic greetings in Bahasa Indonesia! These tips will surely come in handy when meeting local Indonesians! Be sure to learn more about living in Jakarta from Flokq!