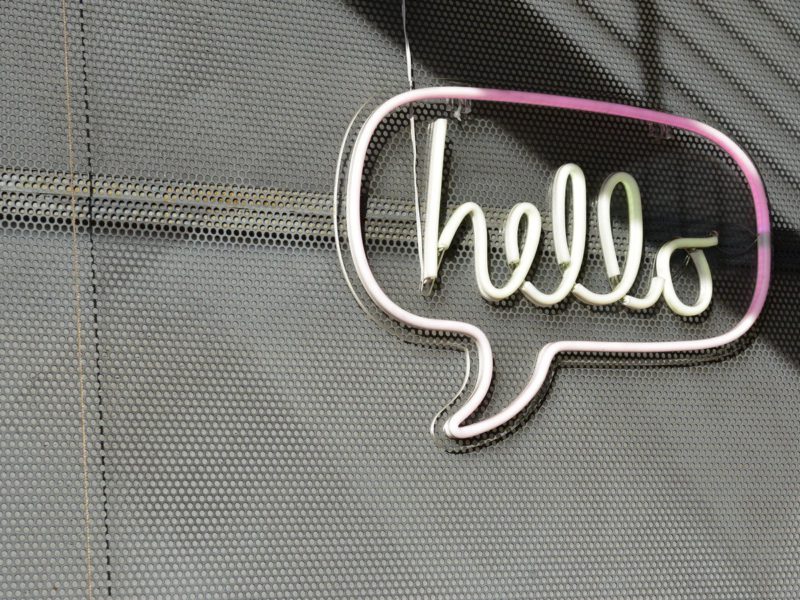 Do Indonesians bow when meeting new people? Or are they the type of people who shake the hand and kiss each other on the cheek twice? Etiquettes play an important part in our daily lives to show respect to the other person. Indonesia is made up of diverse ethnic groups that have their own traditions and cultures.  Surely, we might not pay attention and learn to each and every one of them, but what we can do is learn the common practices that people display especially in the capital city, Jakarta. If you want to feel more like a local, look out for these cues and start exhibiting these body languages and gestures.

There are different ways to greet people depending on the situation that someone is into at the moment. Formal business meetings start with a firm handshake between two people. However, informal meetings might a little bit more flexible in terms of greeting. You might find cheek kissing between women or Indonesian call it cipika-cipiki. Most of the time, it happens during meetings with friends or what Indonesian call arisan, a social gathering that requires members to pay a certain amount of money that will be shuffled and given to a person after they’ve won the lucky draw. Another way to greet people, such as when a stewardess welcomes us to the aircraft or a waiter welcomes us to the restaurant is by putting your hands together.

Different cultures have different ways to call upon a waiter in a restaurant to get your order or ask for additional menus. In Indonesia, the waiter/waitress will respond to your call when you mention Mas for men and Mbak for women. To get their attention, you also need to raise your hand while calling out Mas or Mbak. It’s also can be used for other service activities such as asking for price in the boutique or calling a driver in an online taxi.

Indonesians are known to have a unique way of eating rice. People who eat in Padangnese and Sundanese restaurants typically use their bare hands to scoop the rice and their side dishes. Alongside their plates, there is a bowl of water that people can use to wash their hands without going to the bathroom. However, there is another option for those who don’t want to use their hands, because the spoon and fork are present.

When you shake hands with another person, you need to use your right hand to show respect to the other person, even doing good deeds with your left hand like giving or receiving something is considered inappropriate. Even though you are left-handed, you ought to use your right hand most of the time when interacting with other people. In some cultures, you need to use both of your hands when giving or receiving something. You are also not allowed to communicate with other people while putting your hands on your hips or when you are crossing your arms. This is because putting your hands on your hips implies that you are angry. On the other hand, crossing your arms means that you are not interested in engaging in the conversation. The other person who you are talking to will feel disrespected and you’re considered impolite.

Indonesians consider pointing something with your index finger as an offensive gesture. People usually use their thumbs or flattening their hands to ask for something, giving directions, and so on

Most restaurants have a complete set of tables and chairs for you to sit comfortably while enjoying your food. However, in some restaurants such as Sundanese Restaurants, they will serve meals on a gubuk or lesehan which is similar to the tatami dining style in Japan. Customers usually sit on the floor covered with mats. In this case, people usually sit crossed-legged on the floor to eat. You shouldn’t put your foot on the table as the waiter/waitress will serve some food later. This behavior is considered inconsiderate.

When you are walking towards another person in a large crowd for example at a wedding or an attraction site, while saying excuse me, it is recommended to slightly bow on one side of your body.

The culture in Indonesia is different from the Western culture which allows couples to display their affection in public. Although it is common to see couples holding hands or hugging with each other, you will get a lot of stares when you do more stuff such as kissing or patting your partner’s head in public.

Learning these gestures as a signal to communicate is powerful to immerse yourself in the culture of Indonesia. It might be difficult to learn at first, as coming from different backgrounds means that you need to adjust and something can slip through your actions unconsciously. Don’t worry, you can directly put your knowledge to practice. The more experience you have to communicate and interact with the locals, the smoother it is to communicate without worrying to display any wrong gestures that can be translated as impoliteness.