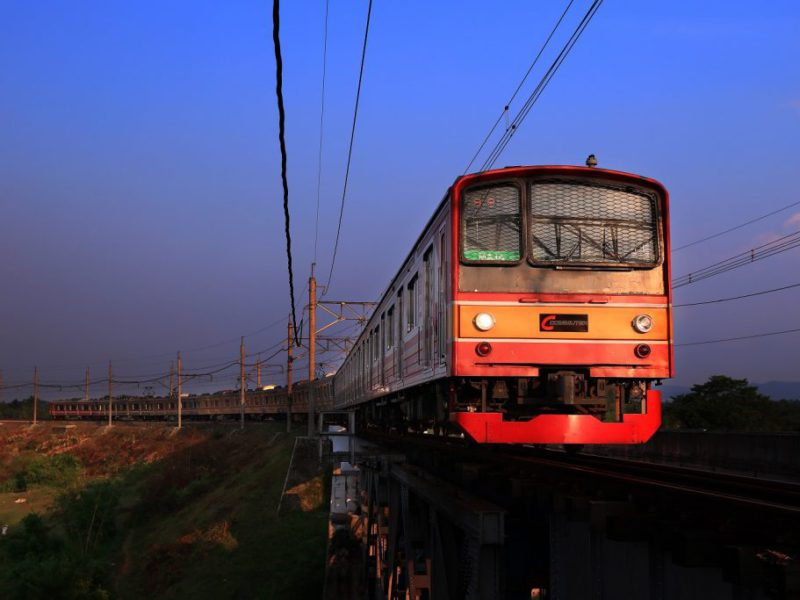 5 Most Affordable Transportation Means in Jakarta: A Dummy’s Guide

Jakarta is more than just a city on a map. But, if you keep crossing out every place you want to visit because of the traffic isn’t worth it, it will just forever be a city on a map. In other words, you will become the last Jakarta dummy on Earth because you will have missed out on a lot. By the way, when we say  ‘a lot’, we do mean A LOT. But what is the best way to do it, you ask? Go out and try some of Jakarta’s more affordable means of transportation to get yourself ready for a solo multidimensional city tour every day. Too overwhelming for a beginner? Here is your perfect guide.

TransJakarta is what the Jakartans refer to as a busway. The Bus Rapid Transit (BRT) system behind its operation effectively minimizes the time one normally spends when using private transportation means like cars or motorbikes on congested streets in reaching one corner of the city to another. While Jakarta is now full of ‘time is money’ newcomers, it is the most perfect choice especially during rush hour. TransJakarta has its own line on the street which no other vehicle can trespass. So, no more worries about being stuck in the middle of your Jakarta’s rush hour traffic.

Furthermore, the busway is one of the most affordable means of transportation to get around Jakarta. An IDR3,000 (less than a USD1) ticket can be used every transit or bus transfer within one route until you reach your final destination. You can also use another cashless payment system using an e-money card (like BCA Flazz). Regarding its interior, TransJakarta is spacious with many seats on the left and right wings facing each other. The air conditioner works well for the sake of its passengers’ comfort—sometimes too high temperature triggers high temper!

KRL is short for Kereta Rel Listrik (Electric Rail Trains), the city train for every Jakartan commuter which has been operating since 2011. The fairly disseminated stations around Jakarta make the operation successful, and equally helpful for us to reach every corner of the city. However, it is important to note that KRL is not the same as MRT, so it will not move rapidly to get you to your final destination in such a short time. Those who commute from South Jakarta would approximately spend an hour or so before reaching Central Jakarta.

Moreover, during rush hours, empty seats are almost impossible to find since the inclusivity of this means of transportation is true to every working-class people. Thus, you will have to grip hard onto the train holder

Regarding the payment system, it’s is cashless but you cannot use your e-money card for this. A ticket counter, or even vending machines at selected stations, is always around for you to purchase Commuter Electronic Ticketing (COMMET) in the form of a card, available in two types.

The first one is in black or Kartu Multi-Trip/KMT, you may use it for multiple trips. This type costs you IDR50,000 with an active credit of IDR30,000. The other one for a single trip only is more colorful, called Tiket Harian Berjaminan/THB). This one costs you an IDR10,000 (~$1)deposit, an additional IDR3,000 (~30 cents) for the first 25-kilometer trip, and for every next 10 kilometers. You need to top up another IDR1,000 (~10 cents) – what a bargain! After you have finished your trip with this card, you can always get your IDR10,000 deposit back within 7 days. If not, your card is considered expired.

*Important note: per 1 August 2019, Sudirman, Palmerah, Taman Kota, Cikini, and Universitas Indonesia Stations do not sell THB cards for any single trip anymore, so if you still want to hop in, you get to pay for a multi-trip card (KMT).

MRT (Mass Rapid Transit) trains have been operating in Indonesia since March of 2019. But, unlike the KRL system, MRT stations spread around the capital city are still limited (only 14 stations). However, they still connect anyone from the North and South Jakarta to get together in Central Jakarta, or the other two ways around. Since it is a new facility, everything still looks super clean

You have to pay an amount of IDR3,000 to enter the MRT itself. Furthermore, the cost from one MRT station to another is IDR1,000 (10 cents). So, if your final destination is 3 stations away, you have to pay a total amount of IDR6,000. Equal to other transportation means, MRT’s payment system is also cashless. Hence, you have to exchange your cash with an MRT card or e-money card. No monthly MRT passes are issued yet since the launch was just last year. The government is probably observing how well MRT works for the adventurous Jakartans.

Ojol stands for Ojek Online. You may have heard about motorbike taxis around Southeast Asia. However, online ojol systems make it easier than ever to use; within just a single app. Most preferred ojols in Jakarta are GoJek (one example of a successful local start-up) and GrabBike. Although they don’t have that special line privilege like TransJakarta, they could squeeze around other cars. So, the chance of getting stuck in traffic jams, especially during the rush hour, is pretty small.

However, if you prefer being ‘inside’ rather than ‘outside’, you could always spend more on a GoCar or GrabCar. We understand those after-work moments where you just want to relax already without worrying about sleeping over your stop. This one could be a perfect choice for you.

The cost varies, starting from IDR12,000 to IDR45,000 for motorbikes, and from around IDR20,000 to more than IDR50,000 for cars. It depends on where you are and the final location you are heading to. A great tip is to always check on their on-going promos because they will make your life even easier. Still one of the most affordable transportation options in Jakarta!

Jakarta Explorer Bus quickly becomes a big-star Jakarta icon for every tourist around. Moreover, this double-decker bus gives 7 different Jakarta City Tour trips of different routes for completely free! Surely, you do not have to get dressed as a tourist to be eligible as the Jakarta Explorer Bus passenger. So, make the best out of it. You could choose to get lost within the city tour immersion. But, it is better for you to always check out their detailed schedule and information here.

So, just don’t worry about the traffic, go explore the city, and use one of these affordable public transportations in Jakarta! Planning to move to Jakarta? Check out other tips and guide on settling down in Jakarta here.