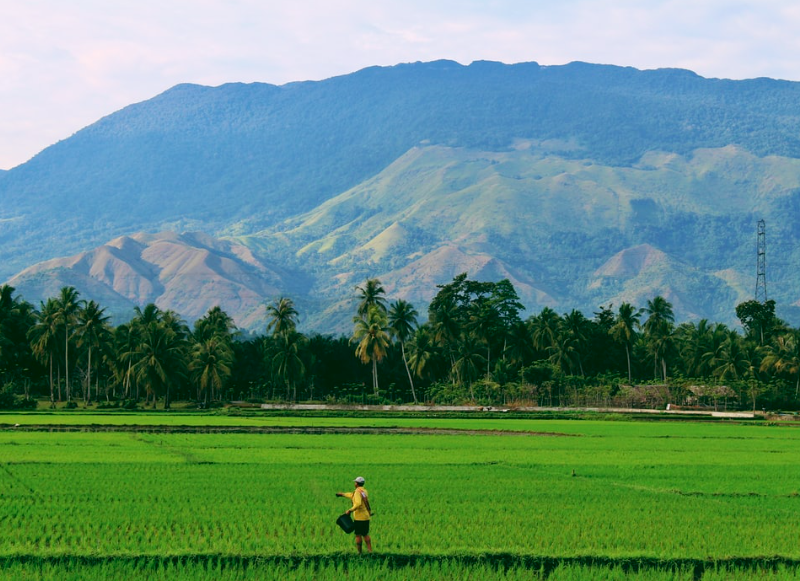 Whether you’re an expat or a local like us, oftentimes we don’t know which industries to invest in. Whilst the general term ‘investing’ doesn’t necessarily mean investing money, it can also mean investing in learning a new skill to bolster your career in the modern working world. However, there are so many promising industries in Indonesia —from traditional ones such as textile, trading, manufacturing, to the more complex, technical ones like information systems, media, and engineering (mainly overseen by a number of multinational corporations as well as local, giant ones).

With that in mind, we’ve compiled a list where you can compare the best industries in Indonesia—so you won’t make any miscalculations regarding where you invest your money, time, or energy to.

This list of promising industries in Indonesia would not be complete without this first one. Since Indonesia has a vast amount of energy sources—particularly oil because we’re situated on an archipelago with vast oceans—the oil and gas industry makes the list for being one of the most beneficial industries to invest in. Moreover, the lack of technical talent (i.e. chemical, petroleum engineers) makes this industry open to outsourcing human resources.

Other than that, because Indonesia is a densely populated country, the daily consumption of petrol for various means of transportation has further underlined the reason why the oil and gas industry is the desired gold-mine for certain people.

More than half of Indonesia’s territorial area is covered by the ocean, yet the development for the past two or three decades has been focused on land. Only recently that we realized the importance of our oceans. Backed by the government, investors now work alongside the industry leaders to maximize the potential of the nation’s maritime industry in order to bring the most out of these unseen aspects.

This also makes the maritime industry a prominent field to invest in. In the coming years, this field will be one of the most promising subjects—because we’re not only talking about with current environment benefits like fisheries & tourism, but also the sustainable energy plants, sea transportation, as well as oil production & processing.

With a lot of startups emerging every year—and some of them managing to be crowned as unicorns—it’s no doubt that the tech industry is growing fast in Indonesia. Partly to tackle the main problems of the fourth industrial revolution, but partly also to improve the nation’s overall competitiveness globally.

In return, healthy competition often occurs between new and old startups with regards to answering the most innovative, efficient method to tackle a problem. Additionally, the tech industry is not only applicable in itself, but also to a wide array of other industries like education and manufacturing.

With so many demands and so few technical talents, there’s always room for improvement in this field.

Let’s face it; active smokers populate the cities and the countryside more dominantly than their passive counterparts. This is why the tobacco & cigarette industry is always flourishing in the nation, despite various regulations and health drawbacks. Both in the urban environment and in the countryside, cigarettes are often readily available and within minutes reach of its consumers. Paired with the daily consumption of this common commodity, it’s no wonder that the tobacco industry makes it into this list as one of the most prominent fields to invest to.

With the demand high—and will most likely go higher in the coming years, it becomes clear how large the tobacco industry in Indonesia really is. So if you’re looking to invest your money or your energy into this industry, you’re most probably making the right choice.

To say that Indonesia boasts a lot of natural beauty as attractions would be a modest understatement. Because of this, a lot of tourism agencies have emerged within the last couple of years, with hopes to sell sightseeing and touring services both to local and foreign tourists. Additionally, because of Indonesia’s tropical climate, many international tourism companies often reference Indonesia in their top must-visit list.

By investing in this field, not only will investors gain profit, but they will also boost the industry further—which makes them gain more profit in return. All in all, it’s a win-win cycle for both the investors and the shareholders themselves.

A lot of the citizens residing in the countryside of Indonesia still opt to traditional agriculture activities as their main source of income—particularly in areas far away from big cities like Jakarta. Whilst this has been a concern because it’s particularly hard for those people to have better-living qualities, the agriculture industry has made ample room for improvement—especially with regards to the overall advancement of technology-based activities.

For example, unmanned drones for crop fertilizers, yield prediction using machine learning, as well as plant disease identification using artificial intelligence. Hence, investing in this whole field is going to be beneficial for both those people and the investors—provided the investors know the means to execute the above ideas.

Interconnection, especially in big cities, proved to be a key factor in determining the effectiveness of various systems. The automobile industry answers for this, as many of the people seek LCGC (Low-Cost Green Car) vehicles to address their mobility needs. Whilst this contributes to the increase in congestions in big cities, the automobile industry is growing at an exponential speed as new families tend to look forward to buying their first car after buying their first homes.

So, it’s clear that the automobile industry would be a great choice for future potential investments. There’s a lot of demand to fulfill, and there’s a bright future for this field to grow in.

That was seven promising industries in Indonesia to invest in, according to us. However, there are a lot more industries which have a huge potential to skyrocket in the coming years, so both referencing this list and trusting your gut can provide greater insights than we’ve covered in this article!