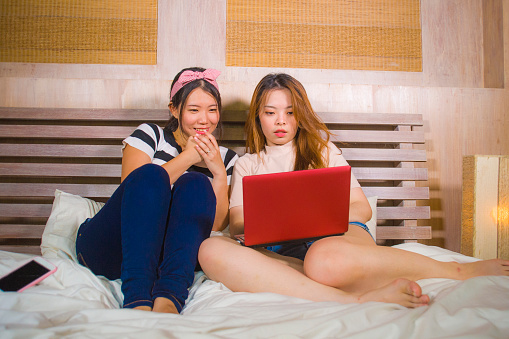 Find out the best romantic comedy Thailand movies in here

Crash Landing on You is one of the popular Korean dramas in early 2020. This drama, combining comedy and romantic genres, has successfully made viewers happy. Crash Landing on You tells the story of a woman from a South Korean conglomerate named Yoon Se-Ri who accidentally enters North Korea when his paragliding is caught in a tornado and meets a North Korean army officer named Ri Jung Hyuk. Ri Jung Hyuk tries to protect and hide Yoon Se-Ri in various ways that keep you entertained while watching.

Guardian: The Lonely and Great God or Goblin, is a very recommended for the next drama that must be watched. This drama became the most popular and hyped drama in 2016. The story begins with the introduction of the goblin character, a Korean superstition being who wants to end the curse of life forever. The only way to end it is by finding true love who is willing to marry him. The back and forth storyline in this drama is very interesting to follow and is a favorite of many people.

Welcome to Waikiki is a Korean drama with the romantic comedy genre that you can watch anytime! This series tells a story about 3 friends, Dong-gu, Jun-gi, and Du-sik who run a guesthouse business altogether, called Waikiki. The storyline in this drama will not make you bored because it has an anti-mainstream storyline and is not easy to guess. In addition, this drama also raises simple topics that are real in life.

This Korean drama series is indeed not the latest Korean Drama series, because this drama series is hype in 2017, namely Fight for My Way and has become one of the most favorite romantic comedy dramas that year. starring Park Seo-joon and Kim Ji-won tells the story of love, friendship and the struggle to achieve dreams wrapped in light storylines and comedy spices that successfully invite laughter every episode. The love story between Go Dong-man and Choi Ae-ra, who initially got stuck in the friend zone until the happy ending ended, is one of the keys to the story of this 16 episode drama. You won’t be bored with dramas that air on this KBS channel.

From the title, you can guess that the Korean drama entitled What’s Wrong with Secretary Kim? itself tells about the world of workers. This drama is an adaptation of the Webtoon with the same origin title. All about the love story of the narcissistic boss (Park Seo-joon) who falls in love with his secretary (Park Min-young) who has worked for 9 years. But somehow, she suddenly wanted to resign. When you watch this drama, guaranteed you will laugh in every episode!

The drama that has a special place in everyone’s heart back in 2016, Another Miss Oh is getting more visible. The reason is, the more episodes that are aired, the more ratings they get. This drama tells the story of the main character Park Do Kyung (SHINHWA’s Eric) whose heart has been hurt by a woman named Oh Hae Young (Jeon Hye Bin). Since then, he began to see the image of a woman he had never met before. Until finally Park Do Kyung and the woman met face to face and their love journey began. The woman he just met is also named Oh Hae Young (Seo Hyun Jin). While watching it, you are guaranteed to be entertained because the acting of each character is very funny!

Full House is a Korean drama that first aired in Indonesia in 2004. Drama fans must have been ‘satisfied’ with the story of Han Ji-Eun and Lee Young-Jae who decided to get married on a contract and live in a magnificent house. The two people who previously didn’t love each other were involved in a serious love affair and had to convince each other after a third party appeared from each other’s past. The story that is presented in Full House is not that complicated and this simple storyline is presented very attractively through various funny scenes and simple dialogues. Full House proves that with the simplicity of the story, drama can be very popular.

Set in the Korean Empire, Love in the Moonlight is a love story between a crown prince and a woman who disguises herself as a harem guard in the Kingdom. In the initial episode, you will be invited to dive into the lives of these two lovebirds and their struggles to keep this forbidden love affair a secret. In the middle of the story, the series begins to include some political intrigue in the plot. With cool costumes, fresh humor, and the performance of the players, it is inevitable that Love in the Moonlight is included in the list of the best Korean dramas of all time.

click here for recommended series to watch with your roomies during quarantine!

She Was Pretty became one of the most watched Korean dramas in 2015. Park Seo Joon who collided with Hwang Jung Eum successfully presented a drama with a romantic theme wrapped in comedy. This romcom Kdrama tells the story of Kim Hye Jin (Hwang Jung Eum), a woman who has never been lucky because her appearance is seen as not beautiful by many people. He worked in a famous fashion magazine. There, Hye Jin meets Ji Sung Jun (Park Seo Joon), her little friend and also a rich boss. Unfortunately, Sung Jun doesn’t recognize Hye Jin.

The Korean drama romantic comedy My ID Is Gangnam Beauty tells the story of Kang Mi Rae (Im Soo Hyang) who has a shy personality because of her bad appearance. On that basis Mi Rae asked her mother’s permission to undergo plastic surgery in order to change her appearance. After successfully went through a plastic surgery, Mi Rae’s appearance changes to be beautiful but still with her shy and kind personality. At university, Mi Rae’s beauty is the center of attention of people around her. But that changed when people found out that she had plastic surgery. From there, the characters in the 2018 romantic comedy Korean drama often get ridicule and are also dubbed “Gangnam Beauty”.

This romantic comedy K-drama tells the story of Kang Joo Eun, a lawyer that wants to get in shape. Joo Eun then asks the help of Kim Young Ho who is a personal trainer. They both develop feelings for each other slowly but surely. They become closer and realize their feelings for one another.

This K-drama revolves around a female weightlifting athlete Kim Bok Joo that is played by Lee SUng Kyung. Her love story starts when she starts to become interested in Jung Joon Hyung, a swimmer played by Nam Jo Hyuk. Their mutual interest starts from when they met when they were little. Their interest continued well until they both went to university. The drama in this series often circles around the problems in balancing your time for loving your significant other and chasing your dreams.

This particular K-drama tells the story of Do Bong Soon who is a young woman that has the strength that is seemingly superhuman. Do Bong Soon’s story is soon entangled with someone named Ahn Min Hyuk. She then falls in love while at the same time has dreams of becoming a gym designer.

True Beauty tells the story of Lim Ju-Kyung (Moon Ga-young) who has low self-esteem because of her appearance. She continues to be vilified by her family and gets intimidated by her friends because she is considered not beautiful. Tired of this treatment, Ju-Kyung begins to learn makeup from makeup tutorial videos on the Internet. Soon after, she managed to change her appearance and her school friends called her a goddess.

My Roommate Is A Gumiho is a Korean drama adapted from a webtoon with the same title. This story is a very popular Korean folklore and legend. This drama tries to re-present the legend in a modern version by presenting the romantic story of Shin Woo-Yeo, a nine-tailed fox who has lived for 999 years and wants to become a human.

Shin Woo-Yeo then meets Lee Dam, a student who accidentally swallowed Woo-Yeo’s beads in an accident. It then became a problem and they had to live in the same house to solve the problem. Since they lived together, the love story between these two creatures began.

There you have it, some of the best Korean romantic comedy drama you can watch and accompany you to spend your free time, don’t forget to add this list in your watch list.