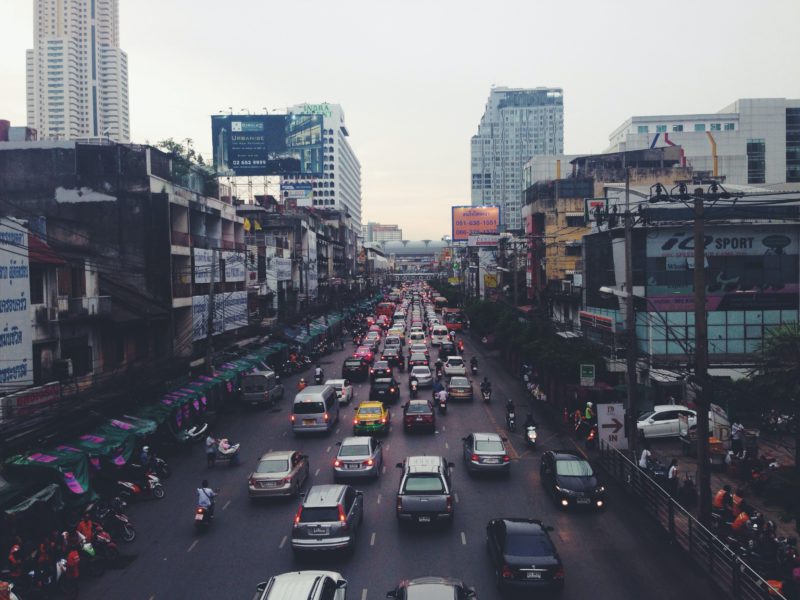 Should You Get A Car In Jakarta?

Imagine working 9-to-5 or going to campus to attend 6 hours worth of lectures for 5 days a week. Then imagine how you would feel at the end of the day.  Your shoulders and nape feel stiff, your sight a bit blurry from staring at a computer screen all day, and you just can’t wait to soak yourself in a nice warm shower for half-an-hour when you get home. But in order for that to happen, you’ll have to face Jakarta’s notorious evening rush-hour if you ride a car. The traffic, the honking, and the way that the sun seemingly tries to race you down the horizon while you get home.

A significant factor in getting rid of these bad mojo of the day is through picking the right transportation. If you’ve picked the right one, you won’t be too stressed in thinking whether you’ll still have the appetite to do anything anymore once you’ve gotten home. Having your own car might be your best bet to do so. However, before you make up your mind, here are four things to consider before you get a car in Jakarta:

First, understand the rules of the road

For some newcomers, this means changing lanes from right to left, while for others, this means that the rules stay the same but they’re just more confusing. For example, the odd-even traffic rule where some main roads are permitted for vehicles with license plates ending with odd or even numbers depending on certain times and days. The rules for a large city like Jakarta are quite different for surrounding smaller cities and towns so it’s best to read about it beforehand.

This doesn’t only mean understanding the laws for driving, but also the social rules that makeup Jakarta’s streets. This includes the ‘reasons’ for people to honk, the possible road rage, and the shortcuts that might get you home a bit faster. Just familiarize yourself with the atmosphere and take these into consideration. Also, take note of the more stressful and longer traffic lights – as they do exist. Bottom-line, remember to stay hydrated, de-hydrated (read: pee first), or full since you always would need to consider the possibility of taking a long – or in this case – longer time on the road.

The Jakarta metropolitan area (Jabodetabek) consists of a population of around 31 million people – an overqualified example of a megacity. To counter that, the authorities provided a vast network of public transportation. For example, the Commuter Line, LRT, MRT or Trans Jakarta buses. It can spare you the need to actively be on alert when driving yourself. Instead, you only need to keep your focus on the direction and announcements of your public transport. Needless to say, these facilities are top-notch with the systems easily mimicking that of New York or Amsterdam.

Want to find out more about public transportation in Jakarta? Click here!

For those who are not that fond of public transport, you’re in luck. Indonesians these past few years have gotten themselves used to ride-sharing apps. You can easily see legions of ride-sharing motorbike drivers seemingly mimicking the Green Lantern corps. These ride-sharing apps sometimes give out discounts from time to time, so keep yourself on the look-out! It might be more cost-effective than having and driving your own car!

Some cons for ride-sharing apps is that they rely on the algorithm for their price. So, price surges do happen and when they do, just hope that you got enough money to get home! On busier days, you would even have to wait longer to get yourself a driver. That simply wouldn’t be the case if you had a car!

Fourth, think about your salary

This part might as well goes without saying, but ultimately, adjusting your choice to your salary is the most important. Having a car can waste precious energy. Mainly, using public transportation has the risk of unavailability due to high demand or time of crisis. Plus, having too much confidence in ride-sharing apps would endanger the everyday person to stumble due to its fluctuating price and availability.

Want to learn more about the cost of living in Jakarta? Click here!

After you’ve considered the previous three points, it might hit you that maybe having a car to drive around town is the best option. Well, just remember to choose the right payment method and calculation for the monthly bills of your car. Any misstep for deciding the former and the latter might end up making you pay more in the long run. So, don’t be too lazy to count the numbers!

If you’ve gotten this far and decided to still get a car in Jakarta instead, there’s actually one last detail for you to keep in mind. Always consider that with a city as dynamic as Jakarta, be prepared to switch options mid-way. You might have a car that wouldn’t get on time due to the odd-even traffic rules, you might have a hard time finding a parking spot at your destination, or your car might simply refuse to start. Those conditions would need you to always have tricks up your sleeve: Google Maps and ride-sharing apps as an essential backup. So, just hope that you wouldn’t need to leave your car alone for too long, but also be prepared for when it happens! So, welcome! Or as we like to say it – selamat datang di Jakarta!