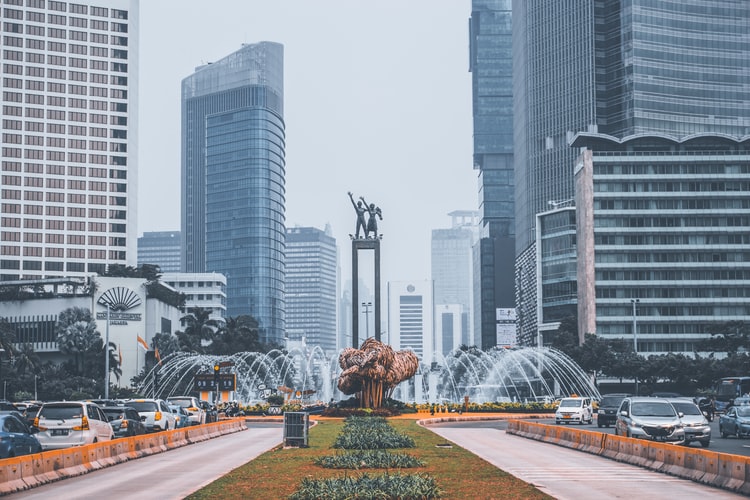 10 Things You Should Know Before Moving to Jakarta

Who will tell YOU about what it essentially means to be a true Jakartan before you move all the way here, about what you should anticipate and bear? We will! Right now! Here’s a complete walk-in list of 10 things you should know before moving to Jakarta.

1. Jakarta is massive, but traffic jams are everywhere

The first thing you should know about Jakarta is its traffic. Back in 2019, Jakarta was ranked number one as the most air-polluted city in the world. This is actually a pretty inevitable declaration, seeing how packed the streets are with vehicles especially during rush hour. Although Jakarta itself is massive and the streets have been made wider, factually talking, it’s unlikely for anyone to escape the density of these traffic jams. Unless it’s a long holiday when most people go to Puncak or their hometowns. The popularity of motorbikes among Jakartans also says a lot about this condition since the bodies are way slimmer to squeeze through in between the long line of honking cars, trucks, and busses.

Ojol stands for ojek online. If you’re not yet familiar with ojek, it’s basically the general taxi service concept, but applied on motorbikes. Thus, many translate ojek directly to motorbike taxis. On the same parallel line, ojol then means an online motorbike taxi service, which enables you to book an ojek through apps. Here, the most common providers are GoJek or GrabBike. This way, you wouldn’t have to chase around ojek drivers under Jakarta heat or rain. Moreover, these ojols also offer food delivery services. Partnering with many favorite restaurants and street vendors, now you could have your munchies delivered to your doorstep with just a few clicks. Easy life eases stress.

Need some tips and guidance for commuting in Jakarta? click here!

If you browse through different articles about how to spend the night right in some countries in South Asia, you’ll likely be advised visiting their night markets and enjoying the tasty local delicacies offered at such affordable prices. Although Jakarta conjures up a perfectly modern city, many people here still prefer nasi goreng a la kaki lima for a late-night meal because it’s just a part of the community tradition since a very long time ago.

Kaki lima is a very interesting term for you to memorize if you’ve chosen to move down here. If translates explicitly, kaki lima means the overall five legs comprising of two of the street vendor and three of his/her tricycle gerobak or cart equipped with a complete kitchen set for cooking. If you’re lucky enough to hear some ‘cling cling cling’ sound from a ceramic bowl being hit with a spoon, just head out of your door with a plate in which the street vendor will serve your nasi goreng. Or, just walk a few meters from wherever you are because these kaki lima vendors are everywhere in Jakarta.

4. Anjir can mean everything

If your friend told you that anjir is an expression that you put when you’re shocked surprised whether orally or verbally, but then quietly murmured the same one when she/he is sad, don’t worry! You’re not alone. Even real Indonesians couldn’t really grasp the essential function of anjir itself as the word itself is actually meaningless. When you’re happy, sad, disappointed, angry, shocked, or even when you don’t intend to put any emotion in your sentence, a single anjir will save you from being left out in conversations (in most cases).

5. Drivers are impatient in traffic

Telling drivers to not be impatient during a traffic jam is pretty much pointless, especially if they’ve been driving through the streets of such a metropolis. Maybe it’s not their primary final destination they’re driving to, but instead the land of insanity. So, don’t waste a middle finger to someone who honks at everyone when the green light has just turned green for a second.

Want to learn more about the traffic in Jakarta? click here!

6. Be ready to spend your weekends at malls

You wouldn’t want to call a city as a metropolis if it doesn’t have a mall culture. Jakarta, on the other hand, lives up as one of the most beautiful mall paradises in the world. Grand Indonesia itself has two different mall buildings in one area. So, a weekend or two is not enough to try out everything that they have in the store. Just across this prestigious mall, lies the majestic Plaza Indonesia with even more mouth-watering branded stuff. The average time spent here is probably up to eight hours. Just imagine!

7. WhatsApp is used for everything

The most common messenger app used by almost every professional in Jakarta is WhatsApp due to its small capacity that does not really eat up half of your space. The reason why is because it doesn’t have any other feature other than the messenger and the WhatsApp story. So, a little tip here is to have your phone number connected with a WhatsApp account because your new friends would definitely prefer to hit you up on here rather than through paid text messages.

8. Be ready to immerse into the land of chaotic diversity

The chaos that every Indonesian face regularly is concerning its rich diversity. Although we live under the national motto of Bhineka Tunggal Ika, meaning Unity in Diversity, the nature of mankind since the very beginning of time has to hold the power upon subordinates. Although it may happen very implicitly, big fires could still occur among its beautiful people even in Jakarta. So, if you’re not used to this kind of scene, just make sure you act like it’s always been this way. Hopefully, one day, it all resolves peacefully.

9. It’s hard to cross the street

You also need to know that the traffic makes it harder for you to cross the street in Jakarta. We think you already have the exact picture of it is right after we revealed the density of Jakarta streets and the impatience of the drivers. Even worse, irresponsible drivers might take the pedestrian way if the streets are way too crowded for them to handle. Don’t back off! Fight back!

10. It’s either the dry season or flood season

Yeah, we meant the rainy season. However, flood season seems more fitting after assessing the probability of getting flood all over Jakarta during this time. You could tell that this has happened billions of times already by observing the calm faces of real Jakartans when they have to face it again. For them, it’s just another day at home. Unfortunately, this problem has not gotten real attention from our government. Especially, if we compare to the genius flood management systems of Japan.

So, what do you think? We won’t ask you to decide whether moving here is the right choice or not. Hopefully, those 10 things you should know before moving to Jakarta can give you some insights.