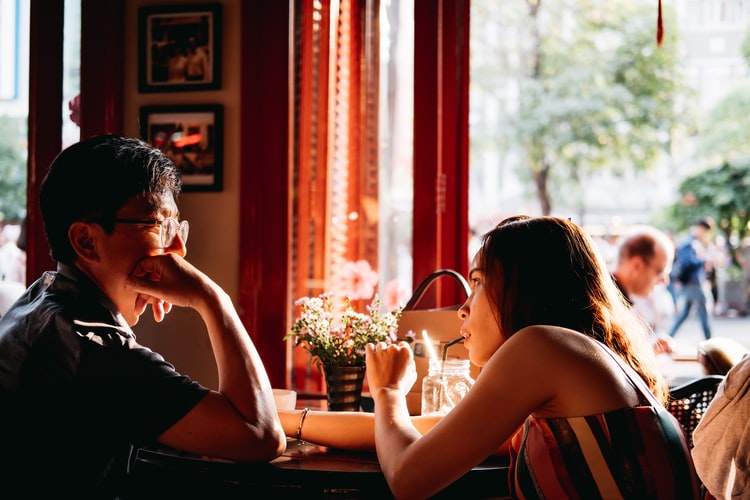 We understand that having roommates can be really fun because if you’re lucky enough, you might’ve probably found a new best friend. More than that, great roommates pay their part of the rent and other utility bills on time, help take care of you when you’re sick, send you selfies just to prove to your mom that you’re currently hanging out with them and not some random guy you met on Tinder, and even pick you up at peculiar times because you just got dumped by someone at the bar. In other words, you’d do anything to keep them happy because you’ve owed them way too much.

One of the great things you could do to repay them is by behaving well, especially when it gets to the dating stuff. Two lovebirds often tend to occupy the whole space wherever and whenever since there’s so much love in the air that drives them blind, so NEVER make your roommates uncomfortable and hold their grudge for too long—it’s not healthy! Here are a few tips on what you could do to not be a nuisance to your roommate when you’re dating someone.

In order to live together in harmony, roommates usually sign on agreement papers that regulate basic rules in the apartment. These rules should be formulated through fair synchronization based on everybody’s mutual interests to hinder any future conflicts that are. Moreover, since roommates live under the same roof, seeing each other’s faces from Monday to Sunday would remind both of you of whatever grudge you have against each other. To prevent all this from happening, a roommate agreement paper should be made between you two when you start moving in. Points regarding dating should never be missed in establishing a roommate agreement. The points could include, for example, whether or not roommates could bring home their S.O for a quick visit and if yes, how many times a week your S.O can make visit Another good point is if their S.O can stay the night. There’s no limitation on how strict the points should be. In fact, it depends on the roommates’ agreement. It’s your guys’ contract, after all, meaning that everyone should be equally on the same page in making sure that living together peacefully is possible.

There’s a famous idiom that says, “don’t judge a book by its cover” to refer to the expression of don’t put any prejudices—especially the bad ones—upon people you don’t know. We all know that talking bad about people is never a good thing, so could you imagine how bad it is to talk trash about strangers? The point here is that to introduce your S.O to your roommate(s) properly before unnecessary problems entail.

However, it’s still important to note that your roommates might not bother knowing who your S.O is at all. This type of person expects nothing but respect in their space only, so as long as you and your S.O don’t make their life troublesome with stuff they don’t want to partake in the first place, then everything should be fine.

Communication is the ultimate key to maintaining any type of social relation. You guys have done this pretty well when constructing the roommate agreement paper, right? Every person should at least communicate the things that she/he thinks needs to be communicated so that everyone is on the same equal ground as everybody else. Without communicating your thoughts, then your opinions won’t get any be valued. If you think that you’ll excuse any mistakes made by your roommates because you have a heart of made iron, then you should also bear heavy consequences as the harmony breaker.

Without communicating with your roommate, you don’t what they think about bringing dates home. They might be fine with it or they might be really upset. Either way, the key thing here is to sit down with them and ask. Along the way, there will be new stuff coming up that’s not yet been written on the contract, so communicate about it together.

Keep in mind to always respect each other’s spaces

To respect each other’s personal spaces and privacy might be the most important point in every roommate agreement. Have you ever read those dystopian novels about how the government watches over your back and decides how your day should go every single day? Despite the fact that these stories are just mere imagination, people tend to imagine the government that particular way because they’ve seen their tendency to become authoritarian. Though the society understands that authoritarianism is evil and inhuman, as long as they don’t value privacy or personal space that much, then it’s easy for the government to enforce the surveillance activity on them.

The last paragraph is a bit of a lecture, but it’s the only way to see how personal space and the comprehension of its importance should be possessed by everyone today. Never, ever, disrespect your roommates’ personal spaces, and they also don’t have the right to do the same to yours. However, since living with roommates meaning sharing spaces (that you can’t have 100% privacy unless you’re in your bedroom), then there should be some heart-to-heart compromise regarding what not okay to cross and what’s okay. (that’s where the roommate agreement falls again)

In brief, dating when you’re living with roommates take a lot more effort compared to when you’re living alone. But please take note that the difficulty level depends on the types of people you’re living with. Whatever scene you’re in right now, don’t worry. Communication is key. Also, your dating life won’t be ruined just because you have strict roommates anyway. IF, your S.O decides to leave you because of something you couldn’t control, then maybe he wasn’t right for you.