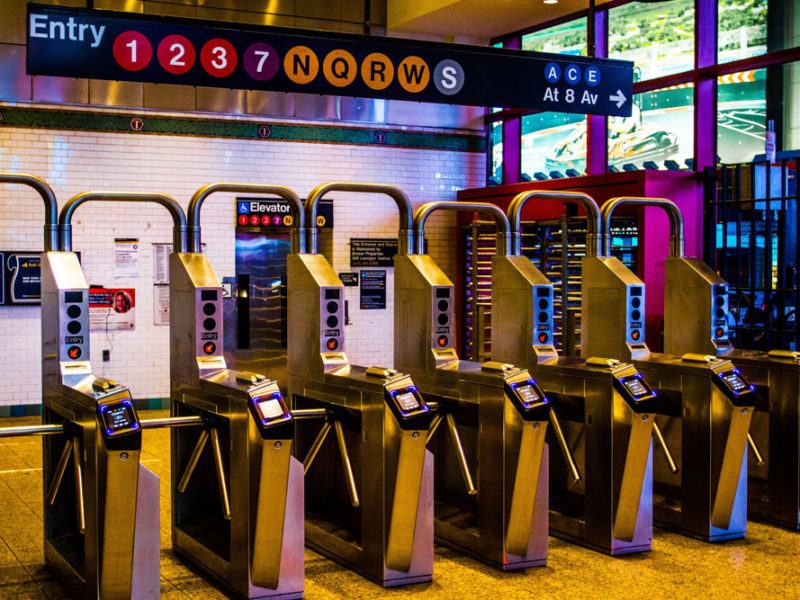 As the capital city of Indonesia and a developing city, Jakarta has adequate public transportation to make it easy for you to get around. You can use Microtrans, Commuter Line Trains, TransJakarta Busways, MRT (Mass Rapid Transit), or LRT (Light Rail Transit). For urban life in Jakarta, of course, you want anything to be efficient and practical.

In addition to the various public transportations, transport electronic payment card feature is also available. The transport card, also sometimes called transit pass or travel card is a smart card; meaning it has multi-purpose. The smart card can be used in Transjakarta, MRT, Commuter Line, to pay the toll fees, and to pay in some minimarkets (e.g. Indomaret, Alfamart, or Circle K).

It is undeniable that various digital things definitely make life easier, especially when it comes to payments. You can enjoy the convenience and comfort of life in each of your daily transactions while traveling in Jakarta. With just one tap, your transaction will be easier and more practical without carrying cash and waiting for change. Here are several transport cards that you can use in Jakarta for commuting.

Mandiri Bank is one of the most popular state-owned banks in Indonesia. With the e-Money brand, Mandiri Bank makes several features to make it easier for you to travel in Jakarta with digital transactions. Mandiri e-Money supports Radio Frequency Identification (RFID) technology that allows users or cardholders to make transactions via touch in seconds and can be owned by customers and non-customers of Mandiri Banks. How to get the e-Money card is also quite easy. You can get it from the nearest branch of the Mandiri Bank’s office, minimarket (such as Indomaret or Alfamart), commuter line stations, TransJakarta stops, and online merchants.

BCA Flazz is an electronic money product in the form of a card produced by BCA to conduct transactions or digital payments in lieu of cash transactions. BCS Flazz itself has chip technology from Radio Frequency Identification (RFID) that support transaction processing via touch in seconds. BCA Flazz can also be owned both by customers or non-customers of BCA, and can also be transferred or used by anyone to make payments or transactions. Aside from being a transportation card, BCA Flazz also supports payments at more than 57 thousand types of merchants in Indonesia. Some ways to get the BCA Flazz card are by visiting the nearest BCA branch office, minimarket, BCA Flazz sales representative at certain toll gates, commuter line stations, and also the online marketplace.

BNI TapCash is an electronic money product in the form of a card produced by BNI. By using BNI TapCash, you can make various daily transport payment transactions more safely, guaranteed, and also without minimum transactions. This BNI TapCash card can also be owned by anyone without the need to having a BNI account. To get a BNI TapCash card, you can visit the nearest BNI branch office and BNI TapCash partner. At a cost of Rp40,000.00 you already have a card with a balance of Rp20,000.00 in it which you can immediately use.

Bank Rakyat Indonesia (BRI), a well-known state-owned bank, has launched a digital card that has many benefits especially for the various processes of transacting your transport payments. You can use Brizzi instead of cash to service your daily transport payment transactions with just one tap. Like other transport card products, Brizzi has also equipped with the Radio Frequency Identification (RFID) technology. You can get a Brizzi card, among others in all BRI branch offices in its customer service department, at the online marketplace, or even at your nearest minimarket. Besides being used to pay for your transportation, it turns out that Brizzi can be disbursed in the form of money by coming to the Brilink agent at the nearest BRI branch offices.

Before choosing one of the transport cards, it is better to also consider your commute habit, bank, and other factors. So, from the six sophisticated transport cards, which one are you going to use?