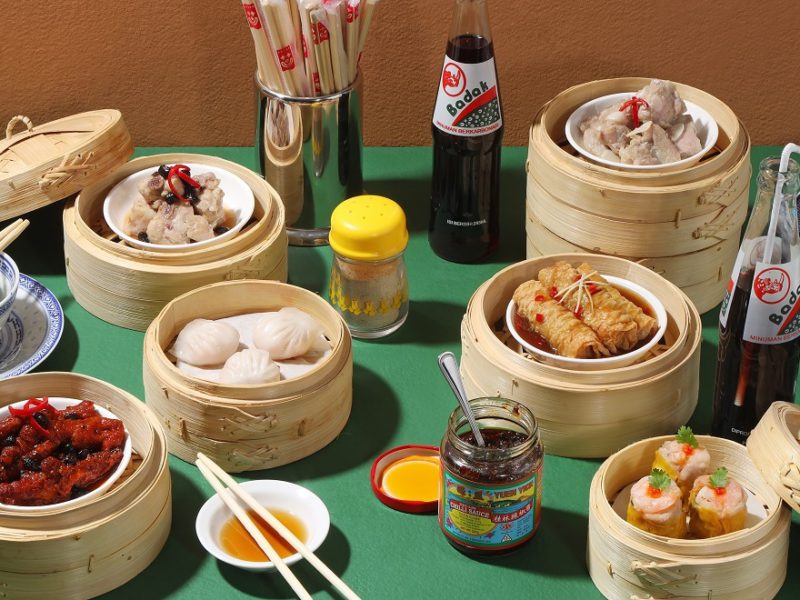 Frozen food has become a trend in urban communities in Indonesia. It is because people need processed foods that are easy to be served, safe for consumption, and contain high nutritional value. Many people have a fast pace in their daily routines, especially for women. In Jakarta, women act as housewives, mothers, and career women. Can you imagine how busy they are? Furthermore, frozen foods are long-lasting and can be consumed for a long time. The way frozen foods are being served is also easy; just steam or fried them. Don’t forget the fact that they are discoverable in every convenient store and also served quickly at the dining table. Thus, people get a lot of benefits in one product such as effectiveness, durability, affordability, and tasty taste! It’s not confusing why frozen foods are Jakartans’ favorite. However, if you want to seek the best-frozen foods that can be delivered to your home, Flokq has the list! So, these are best frozen food restaurants/stalls in Jakarta for you.

Calling all seafood lovers! How does it feel to stay at home for days without eating seafood? Too bad, during this year’s pandemic, it’s not that easy to enjoy the delicacy of a variety of fresh and savory seafood in restaurants. Even if you can go outside, we sometimes barely have time to spend our time visiting a restaurant because of our jobs and routines. However, it’s totally okay because we can order the frozen food version of seafood!

If you really miss seafood, you can order the frozen food version. Here, hurry up and check Frozen Crab’s website and you’ll be exposed by tasty frozen crabs. There, there are boneless Crab products that are ready to be cooked by you in your kitchen. You can explore your cooking skills by buying this original frozen crab product.

Tteokbokki is a Korean food that contains tteok from rice flour cooked in a spicy and sweet gochujang seasoning. Tteok is mostly looked like rods or cylinders. This food is very popular, not only in Korea but also in Indonesia. Tteokbokki is mostly served with noodles, especially when you want to watch your favorite Korean dramas, you’re going to love it! Tteokbokki is now modified by adding cheesy mozzarellas, sausages, and hams. Yummm! Well, you don’t have to go to Korea or nearby Korean restaurants, you can order Tteokbokki directly through @tokpoki_id. You’ll feel the delicious taste of this typical Korean street food. The price of frozen tteokbokki is only Rp 28,500!

Pempek is indeed a delicious food that can be enjoyed in every moment! Now, pempek is distributed and sold as frozen food. You only have to fry or steam them. If you want to taste the authenticity of original Pempek Palembang, you have to buy them at Pempek Selamat. Pempek Selamat is known in Sumatera such as Palembang, Lampung, and Jambi. Now, you can order find it in Jakarta. The taste and quality of cuko Pempek Selamat is not questionable. The premium ingredients they use to make pempek are fresh so it produces a delicious pempek taste. You can buy frozen Pempek for several menus ranging from kulit (crispy), lenjer (long), adaan (ball), and egg pempek.

Who doesn’t like eating dim sum? No need to worry, even though you’re too busy or unable to go to the restaurant, you can stock a lot of dimsum by buying at Instagram @superyumcha. This restaurant provides frozen dim sum variants ranging from Chicken Siomay (Rp. 100,000/12 pieces) with a large size and the tasty filling. The Siomay texture is also soft. Hakau Shrimp (Rp. 80,000/12 pieces) was made by a thick skin and the shrimp. They were also fresh, crunchy, and soft. Also,  Mayonnaise Shrimp Dumplings (Rp. 120,000/12 pieces), the taste and the texture are crunchy and the taste of shrimp and mayonnaise is also very mouthwatering. Perfect!

PT Baba Rafi Indonesia, also known as Kebab Turki Baba Rafi is the world’s largest chain of kebab shops, which operates more than 1.200 outlets in Indonesia, Malaysia, Philippines, and Bangladesh. Headquartered in Indonesia, the business began in 2003 as a cart operated by young entrepreneurs, Nilam Sari and Hendy Setiono. In 2005, the business applied the franchise system. It is owned by the founders through their company Baba Rafi Enterprise, which also owns Piramizza, Bebek Garang, and Voila! 360’ communication agency.

An outlet is operated either by a franchisee or by the corporation itself. It is also a pioneer of the sharia investing franchise in Indonesia. A variety of outlets types are used, such as food carts, shops, booths, indoor, and non-stop 24-hour outlets.

The business began in 2003, with a cart operated by husband and wife team Nilam Sari and Hendy Setiono at Nginden Semolo Street in Surabaya, Indonesia. They built the business inspired by a journey to Qatar and the many sellers of Turkish-style doner kebab or shawarma. The “Baba Rafi” name was taken from the Arabic word, “baba” meaning father, and “Rafi” is inspired by their first child’s name, Rafi Darmawan.

And there you have it! Some of the trendiest frozen food sellers in Jakarta that you can buy for your everyday cravings. In this pandemic period, frozen foods are mostly on high demand, so before they sold out, you better hurry to buy some!