Read more: Dos and Don’ts at a Jakarta Concert

The first upcoming music concert is Justin Bieber’s world tour, “Justice”. The “Justice” world tour is adding more stops at the Madya Stadium, Gelora Bung Karno, Jakarta. This is his second concert in Indonesia after success at the first concert, “My World Tour” on April 23, 2011. The ticket price starts from Rp. 1.5 million up to Rp. 8.5 million were sold out in a very short time. The concert will be held for two days, on 2 and 3 November 2022.

The next upcoming music concert in 2022 is Pestapora. Pestapora is ready to make some noise with so many awaited line-ups. It announced their line-ups, among them were Tulus, Sal Priadi, Reality Club, Feel Koplo, Pamungkas, .Feast, Nadin Amizah, Marion Jola, and JKT 48. There are also several legendary artists, such as Maliq & D’Essentials, Inul Daratista, Melly Goeslaw, Kangen Band Reunion, Pee Wee Gaskins, to D’Masiv. Pestapora will be held on 23, 24, and 25 September 2022 in Jakarta.

Finally, Java Jazz Festival comes back again at the end of May 2022. This concert will be held at JiExpo Kemayoran, Jakarta. This concert includes Covid-19 Random Test and online purchases for the tickets, food, and drinks. The price of this upcoming music concert starts from Rp. 150,000 and up to Rp. 1.3 million. Java Jazz Festival will be presenting well-known musicians from Indonesia, such as Kahitna, Gangga, RAN, and Yura Yunita, and also international musicians such as Jarrod Lawson, Jakob Ogawa, and Gilad Hekselman.

This upcoming music concert is one of the biggest music festivals in Asia and also hit its start button this year. After two years of bringing their hype into online concerts, this year We The Fest has a possibility to back again directly on the stage. It’s seen from their Instagram post with a stage concert as the background. As can be seen on their Instagram, they’ve not released any additional information. Moreover, upcoming line-ups will be revealed soon. Sadly, if you consider also going to Pestapora, you should choose one. We The Fest and Pestapora will be held at the same time, which is on 23, 24, and 25 September 2022.

This international jazz festival planned its 8th concert on July 1, 2, and 3, 2022. Prambanan Jazz Festival will bring the theme ‘Sewindu Merayakan Rindu’, continuing the spirit of cross-generation music. This concert take place at Prambanan Temple, Sleman, Yogyakarta. The ticket price starts from IDR 50.000. For those of you who are in Yogyakarta and surrounding areas, don’t forget to come to this concert!

After two years, finally, Synchronize Fest is coming back. This upcoming concert starts from 7, 8, to October 9, 2022, at Gambir Expo Kemayoran, Jakarta. Synchronize Fest will bring the #LokalLebihVokal theme. It will become an enjoyable place for lovers of local music to celebrate Synchronize Fest.

Last but not least, Boy Pablo Live in Jakarta. If you like indie-pop music, this could be the perfect concert for you! Boy Pablo currently runs his world tour, such as Europe and America. Not only that, he also gives a chance for his fans in Indonesia. The concert will be held on December 3, 2022, at Jakarta Senayan Basketball Hall. The ticket has sold in a very short time. The ticket prices start from Rp. 425,000 to Rp. 595,000.

That’s the information if you wanted to go to a music concert this year. Hopefully, this article can be useful for you. Is that any of them you’ve been waiting for a long time? 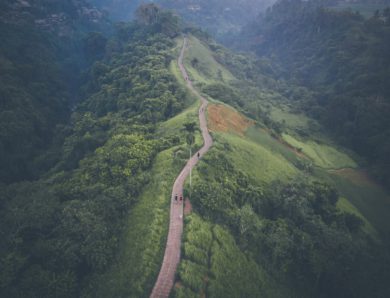