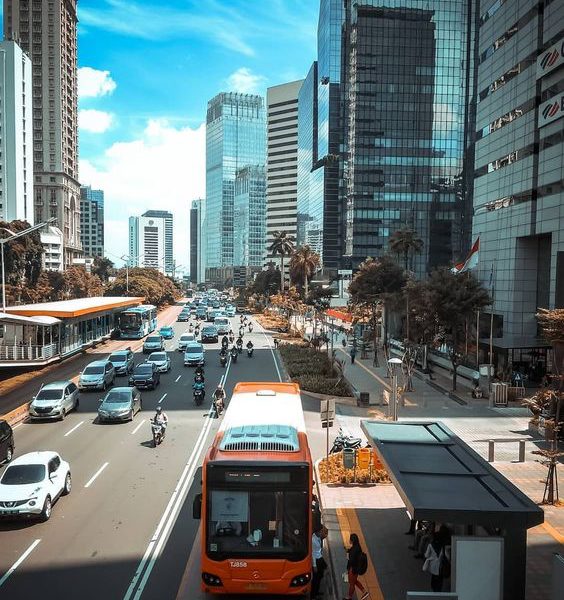 Where to Find Kos-Kosan in Jakarta

Jakarta has a very wide area and is divided into several sections and regions within it. Many people from outside Jakarta come as workers, students, or others who want to stay temporarily in a certain area. Apart from apartments, boarding houses can also be an alternative place to stay. The following are areas that have lots of boarding houses suitable for newcomers. Check this out!

Slipi is a village located in Palmerah Sub-district, West Jakarta. Slipi is now indeed one of the strategic areas for economic development in the capital. This is evidenced by the number of startups who choose to have offices in that location. Eventually, the name Slipicon Valley is increasingly being used by startup founders.

Boarding houses areas are mostly found in the areas of Palmerah, Tanah Abang, and TubulIn addition, there are several office buildings both private and government-owned as well as several well-known shopping centers and universities. Around Slipi, there are several hospitals such as Pelni Hospital, Bhakti Mulia Hospital, Dharmais Hospital, and Harapan Kita Hospital. Boarding in the Slipi area can be found around hospitals and office areas. Strategic location and adequate facilities make boarding houses in Slipi as a good alternative for a place to stay.

Bendungan Hilir is an area in Tanah Abang District, Central Jakarta. This region is often called Benhil. Benhil area has a lot of office buildings so that many employees from outside the area who settled in this area to make it easy to go to the office. Besides that, Kawasan Benhil also has MRT transportation access, namely Bendungan Hilir Station which can facilitate people to mobilize.

Boarding areas in Benhil are found in the area of Pejompongan and the Jalan Danau area. You can choose according to the budget you have. Benhil also has shopping areas such as Benhil Market and is close to Tanah Abang Market. Benhil has now become a culinary tourist spot offering a variety of food menus at affordable prices, making it easier for you to fulfill your daily needs.

Tebet is a place or area that is a district in South Jakarta. The Tebet area includes Menteng Dalam, Tebet Barat, Tebet Timur, Kebon Baru, Bukit Duri, Manggarai, and South Manggarai. Tebet area is a densely populated area, although there are some parts of the area still in the form of vacant land.

This area has many office buildings and shopping centers. Many people from areas outside Tebet come to this area to work and choose to stay temporarily to facilitate their mobility to the office. Therefore, many boarding areas are found in Tebet Barat, Tebet Timur, Tebet Dalam, etc. Tebet also has three stations namely Tebet Station, Manggarai Station, and Duri Station to facilitate transportation access to this area.

Tanjung Duren is an area in the Grogol District area, West Jakarta. The area has a long history and is famous in the Capital City because there is the Kopro Market, Tarumanagara University, and the campus of the Christian University of Krida Wacana or Ukrida. Also, many offices and shops along the side of the highway and to the east stand several Mediterranean apartment towers and the luxurious Central Park mall.

Because there are several universities, many student migrants from outside the area are looking for a place to stay to facilitate their mobilization. Boarding areas are mostly found around the campus. This area also has a Tanjung Duren Station making it easier to access transportation.

The Bintaro area has three train stations. These include Pondok Ranji Station, Jurangmangu, and Sudimara. Many residents who use railroad transportation to move towards the city center. There is also the Pembangunan Jaya University and STAN State Finance Polytechnic which makes this area has many boarding houses for students who come from outside the area.

Bumi Serpong Damai (BSD) or BSD City is one of the planned cities in Indonesia located in Serpong sub-district, South Tangerang. BSD City is one of the satellite cities of Jakarta which was originally intended to be an independent city, where all facilities are provided in the city including industrial areas, offices, trade, education, tourism, as well as housing.

BSD City has several shopping centers such as BSD Plaza, ITC BSD, BSD Junction, Giant Hypermarkets BSD, AEON Mall, and Teraskota. Also, this area has a lot of office buildings, so there are many boarding houses in the area for workers from out of town to settle in the BSD area to facilitate mobility to the office.

We’ve reached the end of the article! Hopefully, this informations help you to find a boarding house that suits your needs. Also, don’t forget to see other recommendations on our blog.