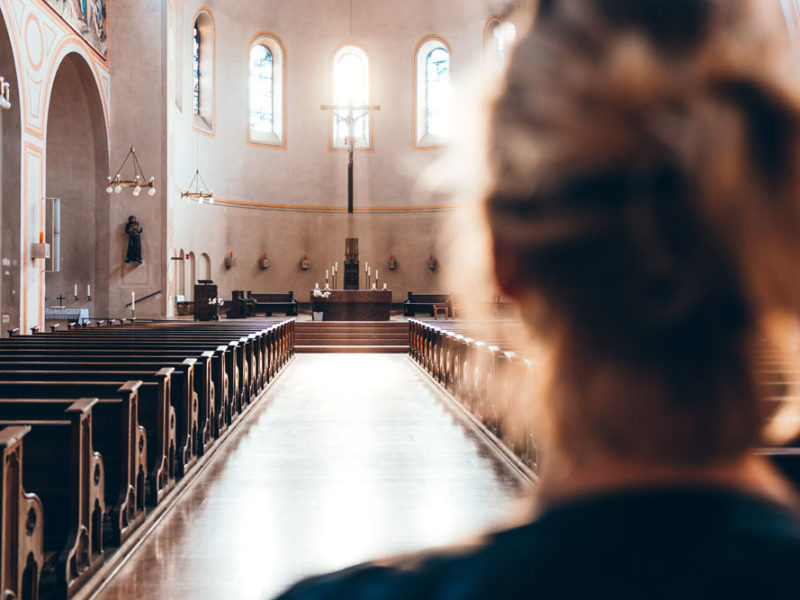 Places of Worship in Bekasi

However, the diversity that is shown in Jakarta is also a condition that happens in Bekasi. This diversity ranges from race, ethnicity, dialects, and also religion. If immersing yourself in diversity, culture, and religion is important to you, you’ll be glad to know that Bekasi gives you many choices to practice your faith according to your own beliefs. We’re giving you our pick of best places of worship in Bekasi, hopefully, to become your best pick too.

As the biggest religion in Indonesia, there’s no secret that most of Indonesia’s residents are Moslems. To accommodate the needs of these many people, most public places in Indonesia usually provide a prayer room for people of Islam faith to pray according to prayer times.

For bigger events and celebrations, a mosque is usually required for all the people who want to join the worship rituals. Masjid Agung Al-Barkah, located in Jl. Veteran, is one of the oldest mosques to do so. Having been a place of worship for more almost 200 years, this majestic mosque is one of Bekasi’s treasures. This mosque will give you a place of religious practice but also a taste of cultural history.

With something very old, also comes something very new. Gereja Katolik Santa Clara was just inaugurated in 2019 as a safe place for people of the Catholic faith in Bekasi to gather as a community to practice their faith. This church is located in Bekasi Utara and has been long-awaited by the Catholic locals. Initially, the church was planned to be built in 1998 but was met with many bumps along the way.

However, now the church is standing tall to welcome everyone who wants to come and gather in their masses and celebration to join their faiths together. This church can contain up to 150 people inside the church, promising a place for many Catholic residents to say their praises to their God.

As part of the Christian religion, many churches in Jabodetabek opt for a more cultural and specific approach to their services, leaning towards a certain culture from an area in Indonesia, like Javanese, Bataknese, and so on. However, there are churches like Gereja Kristen Indonesia (GKI) that still uphold inclusivity, finding a common ground between all believers. This type of church uses the Indonesian language in its service and has neutral regulations without leaning towards a particular culture.

GKI Agus Salim gives you services several types a day every Sunday. So, each person can come to the service most suitable for their schedules. Other than that, there are also many community-based activities. Usually, the activities are divided based on genders and ages to have a more specific approach to a discussion or event.

As a temple with Balias its main guide, Pura Agung Tirta Bhuana shows Balinese culture in its architecture and design. This temple can be found in the Jakasampurna area of Bekasi. You can see it standing out from the rest of the usual buildings in Bekasi with the existence of their gorgeous gates.

Vihara Buddha Dharma is one of the places in Bekasi for people of Buddhist faith to come and do their prayers according to their religion. This temple can be found in Bekasi Timur, found in a location easily found by public transportation due to its strategic placements.

For their rituals, people of the Buddhist faith come and pay their regards to their ancestors and pray to the Gods to show their gratefulness and faith. One of the missions of a vihara as a place for people to explore and deepen their faith is to provide guidance for people who share the same faith. This temple gives sessions of counseling and guidance to people of Buddhist faith in Bekasi, in hope of spreading information and knowledge on Buddhism. These events are often held to welcome the celebration of Waisak.

Last but definitely not least in our list is Klenteng Hok Lay Kiong, the oldest temple in Bekasi after standing tall for about 300 years as a place of worship of people with Confucianism beliefs. The name Hok Lay Kiong is believed to contain the meaning of a castle that brings wealth to anyone who comes there.

As a temple that is so popular due to their age, this temple acknowledges that many tourists that don’t necessarily share their beliefs come to pay their respects to the place or to admire the still stunning building. Having ‘care for others’ as of their best-held values, many events held by this temple also give out free food and drinks for newcomers, providing a warm welcome for anyone who seeks them.

With these places on our list, we hope to show you that diversity is Indonesia is a beautiful thing meant to be embraced. With all the different beliefs and all its different needs, there is an assurance for you that what you need will be provided. If practicing religion is a must-do for you, there is no doubt that you will find joy when you notice that all faiths are welcomed and accommodated, and you can see the example from Bekasi alone.