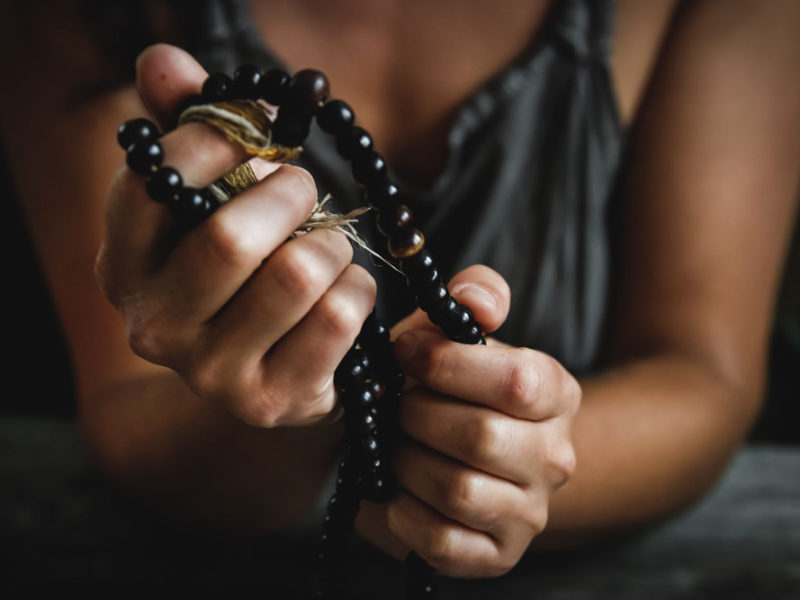 West Jakarta is a multicultural region that respects and values ​​a variety of religions and beliefs. Places of worship, generally, will make you feel peaceful and soothed. But, in West Jakarta, these five places of worship have an outstanding long history and satisfied architectural designs. Do you want to pray and learn at the same time? Check the listed recommendations below!

Read also: When in West Jakarta: Things to Do

Have you seen a church with bold Chinese ornaments? You’ll find Santa Maria de Fatima Church as an authentic architectural building! Located in the Chinatown area of ​​Glodok, West Jakarta, the Church of Santa Maria de Fatima or also known as Ricci Church is a historical church in Indonesia. At first glance, this church looks similar to a temple.  That is because the oldest and historic church was built with the typical architecture of Fukien or South China which is familiar with the dominance of red, yellow, and gold ornamentations.

The building which became a place of worship for Catholics was built in the 19th century, precisely in 1954 by a Chinese descent captain surnamed Tjioe. The name of the church is taken from the story of the apparition of the Virgin Mary to three shepherd children in Fatima, Portugal. You can see the story’s description in the relief of the Maria Cave which is located on the right side of the church.

From its inception until now, the Church of Santa Maria de Fatima still maintains worship using Mandarin which is the language of instruction for Hoakiau residents who live in the Glodok area. Based on the year of establishment, its history, and its unique architecture, this historic church in Indonesia was later designated by the government as a Chinese cultural heritage building since 1972. This church is suitable for you if you look for a different nuance in a place of worship!

The mixed of several cultures can be seen on Angke Mosque’s ornaments and walls. If you love to learn about culture, history, and religion, Mosque Angke is the right destination for you. Located in the West Jakarta area and was built in 1761, this tiny mosque combines Dutch, ancient Banten, and Chinese architectural facades. One of the unique facts of this mosque is the architect was from Bali. The mosque is said to be the meeting place of Prince Fatahillah and Tubagus Angke’s armies to fight the Dutch colonials.

In the Angke Mosque, you will be told that there was a gravestone of Islam that was written in the Chinese language. To prevent it from being lost, the headstone has now been moved to the museum. Around the mosque, there are some tombs, one of which is a tomb believed to be the resting place of Prince Syarif Hamid Alkadrie from the Pontianak Kingdom (Sultan Pontianak). The tomb says Prince Hamid died at the age of 64 in 1854. In the 1800s he was exiled to Batavia by the Dutch for revolting. Besides as a place of worship, Angke Mosque is visited by a lot of tourists and historians to get to know better about Indonesia’s fights against the Dutch. If you love history, this place shouldn’t be missed by you!

If you love to blend with West Jakarta’s local inhabitants who believe in Hinduism, you should go to Candra Prabha Jelambar Temple. There are a lot of social activities in the temple, ranging from community service, traditional dancing, local foods-making, and others. You can learn a lot about Hinduism and Balinese culture in this temple without going to actual Bali. You’ll be welcomed by smiley faces and warm personalities of temple caretakers and the ones who pray regularly there. The bond among members and Hindu communities in Candra Prabha Jelambar temple will make you feel home. On the other hand, you’ll learn a lot about the spread of Hinduism in West Jakarta if you visit this temple. So, if you want to pray and welcomed as who you are, this is your place!

If you love the beauty of tolerance and respect among religious believers, Hemadhiro Mettavati can be your option. Located in Kapuk, Cengkareng district, West Jakarta, this is the only Buddhist temple in Jakarta which has a mosque at its hall. The mosque inside the Buddhist temple area is intended for residents who are Muslim. The predominantly golden-yellow temple of this Buddhist temple will make you attracted to visit. In 2019, the Ministry of Religion of Indonesia officially inaugurated the Buddhist temple. The reason why believers of Buddhism around the temple have built the mosque is for the sake of tolerance. The beauty of a harmonized society around the temple will make you feel peaceful and believe in love again. Furthermore, the ornaments are majestic and noticeable. It will be easy for you to identify and find Hemadhiro Mettavati Buddhist Temple.

The Kim Tek Ie Pagoda or also called Kelenteng Dharma Bhakti has been around since 1650. This temple became a pioneer of Chinese influence in West Jakarta. Based on its history, this temple was built by a Chinese Lieutenant named Kwee Hoen and later named Kwan Im Teng. However, Kwan Im Teng was later absorbed into Indonesian into a pagoda.

The name Kim Tek le itself means a temple of golden virtue. This name is intended to remind people not to discuss the life of materialism, but rather to prioritize virtues among human beings. The Kim Tek Ie temple is also one of the Chinese people’s pride. Therefore, this temple is always visited by Tionghoa descents who want to worship, especially during the Chinese New Year.

Just like other historical temples, this pagoda also has ancient relics that are very rare artifacts whose age is the same as the pagoda itself. There are various kinds of Buddha statues in large and small sizes. If you want to know better about the Chinese influence in West Jakarta’s culture, you should come to Kelenteng Kim Tek Ie.