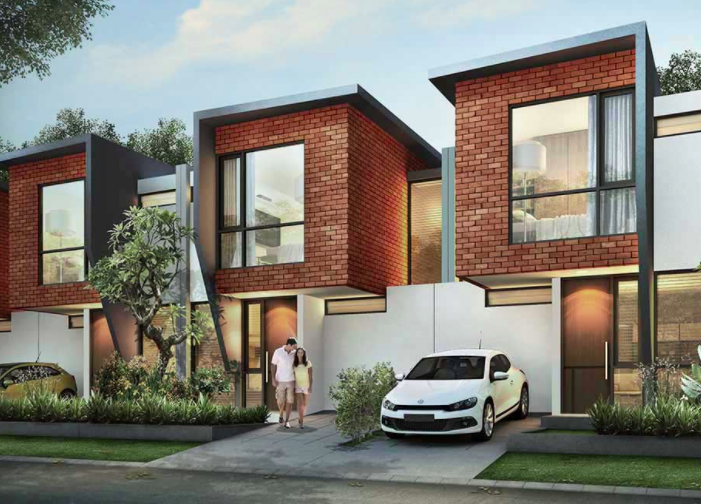 Lippo Karawaci is one of the biggest and richest satellite cities in Indonesia. It is once a swamp area but it’s refurbished and opened in 1993 by its owner, Mochtar Riady. This satellite city has a population of 70.000 and a lot of them are expats from other countries. Their total area is almost 200 hectares. There are several facilities such as schools and hospitals that are also part of the Lippo Group. The hospital is called Siloam Hospitals and schools such as Sekolah Pelita Harapan and Sekolah Dian Harapan. There is also a mall in the center of the city called Supermall Lippo Karawaci which is their signature mall. There is also a four-star hotel and country called Aryaduta Hotel and Country Club. there are almost 200.000 visitors to come here daily, and a lot of them like to play golf at Imperial Klub Golf.

Bumi Serpong Damai or commonly referred to as BSD is one of the satellite cities in Tangerang. It is a privately developed community at Serpong which is managed by the BSD Group. They have a total area of 6.000 hectares and is home to 100.000 people. Most of those that live here are in the upper-middle-class people in Indonesia. They have gated neighborhoods with each of them having a different theme. Some of the facilities in BSD are hospitals such as Bethsaida Hospitals and malls such as Aeon Mall. The Indonesia Convention Exhibition or ICE, which is the biggest exhibition center in Indonesia, is also located here. There are also various international schools such as SInarmas World Academy and Jakarta Nanyang school. BSD is probably one of the best places for expats to live in Indonesia as it is very expat-friendly.

Alam Sutera is a satellite city in Tangerang. It is one of the biggest satellite cities in the Banten province with a land area of 8000 hectares. The city is owned and managed by the Alam Sutera Realty, which is a subsidiary of the Argo Manunggal Group. It is established in 1993 by its founder and owner, Harjanto Tirtohadiguno. Their company’s mission is to prioritize innovation to fulfill quality living. They are focused on the development of residential areas and commercial districts. The satellite city is connected to the Jakarta-Merak toll road exit in 2009, making it easier to access the city. They have launched an approximate of 37 residential clusters and 2 apartment buildings. There are entertainment facilities in the city such as their signature mall, the Mall @ Alam Sutera. There are also education facilities such as the Santa Laurensia school and Binus University.

Summarecon Serpong, also known as Gading Serpong, is one of the townships in the Serpong area at Kelapa Dua, Tangerang. It is located about 21 km west of Jakarta. It is developed by the Summarecon Agung group in 1993. Sometime later, the Paramount group also joined their project. But in 2004, both parties decided to develop each of their areas and divided Summarecon into two parts. The first part is Summarecon Serpong, managed by the Summarecon group. And the second is Paramount Serpong, managed by the Paramount group. One of the many entertainment facilities there is their signature mall, the Summarecon Mall Serpong. There are also medical and education facilities such as the St. Carolus Serpong Summarecon and SMAK BPK Penabur Gading Serpong. There are also four-star hotels such as the Ibis Hotel Gading Serpong. It is perfect for you who’s looking for a family-friendly community.

Citra Raya is the largest integrated city development by the Ciputra Group. It is popular for its big arch-like gate when entering the city that has horse statues on top of it. Unlike other satellite cities, it is included as an independent city in Tangerang. It has an area of ​​2.760 hectares that encompasses residential areas and public facilities. They began developing this city in 1994 and started experiencing rapid growth. It is home to more than 65.000 people who occupy more than 51 residential clusters and 1.800 commercial units. It is one of the largest housing estates in Tangerang right now. There are also public facilities that are also owned by Ciputra such as Ciputra Hospital CitraGarden and Mall Ciputra CitraRaya. They also have some educational facilities such as the Tarakanita School Citra Raya and Sekolah Citra Berkat.

Just like Citra Raya, Bintaro Jaya is one of the independent cities in Tangerang as well. It is developed in 1979 by the Jaya Real Property group and has since then increased in popularity. It is also connected to the Ulujami Serpong toll road which makes access to the city easier. They have a total land area of 1000 hectares with more than 10 residential sectors. There are a lot of schools in Bintaro Jaya such as Global Jaya International School and Mentari International School. They also have malls and hospitals such as the Bintaro Jaya Xchange Mall and Premier Bintaro Hospital. Bintaro is also one of the sought out residential communities in Tangerang by home buyers.

So these are 6 of the biggest satellite cities you can in Tangerang. We hope this can help you with your visit to Tangerang in the future.