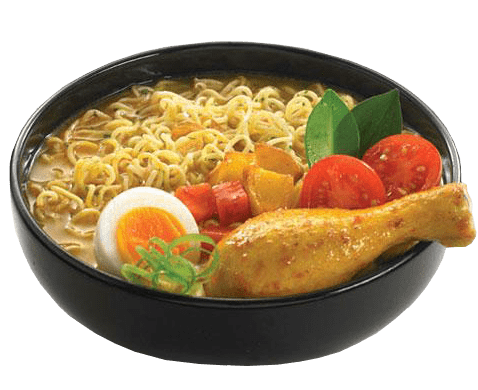 Did you know that the number one instant noodle in the world is Indomie? Arriving here at Indonesia with that in mind, probably got you wondering what the taste is like and why people in Indonesia and the world like it so much. For years, Indomie has been serving the best instant noodle and has created a culture to eat noodles as a midnight snack, or even for breakfast, lunch, and dinner. Of course, this is because Indomie’s unique taste and various flavors have made its way onto our hearts. It’ll be such a waste if you don’t take the chance to try this instant noodle! So, here’s a guide to the best types of Indomie flavors that you must try!

Some of The Classics are Indomie’s first products in the market, but what makes The Classics special is it’s rich in taste and originality. The fried garlic completes the taste and its seasonings are unique, making the noodles much more savory and delicious. The Classics is also special because it’s rich in vitamins A, B1, B6, and B12 that are needed by our body. So, here is the list of classic Indomie that you must try :

These noodles are suitable to eat anywhere and anytime! But, they are kind of spicy. If you’re not good with spices then try the original taste of the classic Indomie Mi Goreng!

The Wet is mainly noodles that are soup-based, they have various taste in soup and broth, adding rich flavors to your noodles. People tend to eat soup-based noodles when they want something filling or warm-up on rainy days. Some people say that the soup-based Indomie noodles are the most savory and rich variants. Because of that, people tend to make different noodle recipes from these noodles, like adding milk and cheese to the soup to make a simple carbonara. Here’s the list of those soup-based noodles :

Indomie has taken a step forward in its products by introducing Indonesian food culture in their noodles. The seasonings in Nusantara’s Taste noodles took off from the unique character taste of different noodles that originally came from a region in Indonesia, portraying its culture. Indomie has brought you the taste of Medan, Jakarta, Aceh, and many more! So, if you’re curious on what kind of taste each Indonesian culture has to offer,  Nusantara’s Taste is not a bad start. Here’s the list of those extraordinary noodles:

What makes The Curly unlike any other noodles that Indomie has is not only that it’s curly but it’s their chewy, wide textured noodles, bigger portion. They are rather like Bakmi noodles. The Indomie Fried Curly noodles are like its original one but if you’re looking for something to fill your belly and for texture, you should definitely go for The Curly! They also have different flavors to broaden your taste! Here’s the list :

If you want noodles for breakfast, lunch, or dinner, and you want to be full and satisfied, then The Jumbo variant is the Indomie for you! Lots of people say that the portion of the ordinary Indomie isn’t enough to make you content, of course, they could’ve just had two ordinary Indomie, but it turns out that it would be too much since most can’t finish two bowls of noodles. So, Indomie has given them a solution by presenting the jumbo pack for their two best-ranked noodles:

Indomie won’t be Indomie if they didn’t take their product to the next level. This time, Indomie made noodles that are based on hyped or trending foods in Indonesia. What’s remarkable is that these trending food aren’t all noodle dishes, surprisingly, Indomie can succeed in making a product that is usually known as chips or eaten with rice. The Hyped variant ironically became so hyped in their first week of launching, people in Indonesia were curious to see what Indomie has yet installed for them. Curious what those noodles are? Here’s the list :

So, there you have your basics to Indomie noodles, but those are just a small part of the Indomie products! There are still more out there for you to try! Until then, enjoy your meal and keep exploring their taste! If you’re wondering where to find them, you could get them anywhere in any supermarket, mini-mart, and small coffee stalls nearby! Here’s an extra tip: serve your noodles with eggs, chicken or even vegetables to add more taste!