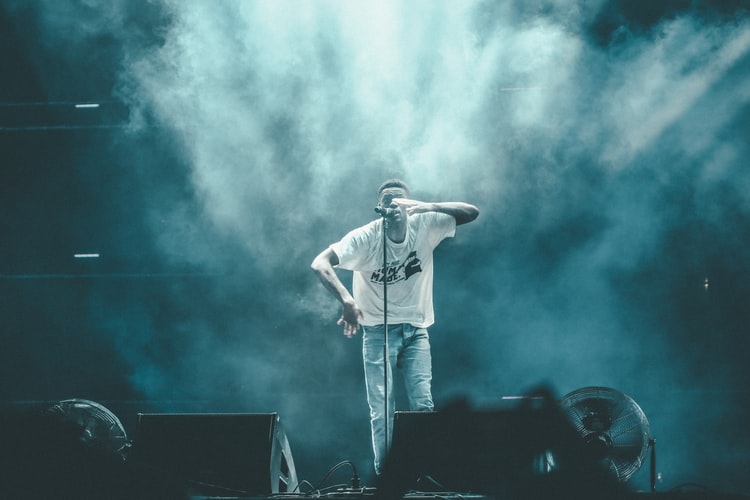 Dos and Don’ts at a Jakarta Concert

You don’t necessarily have to be a particularly devout fan of any bands or idol groups to go to concerts, going to a music concert at least once in a lifetime is also a great experience. There are various procedures to order a ticket concert and to attend one, it is quite important to know what to expect before deciding to attend one. Music concerts in Jakarta vary from international and local artists that are from all types of music genres like indie, Kpop, rock, and much more!

Not to worry, we have provided a good source of information from a Kpop Stan, Rachmah Setya Utami. Kpop concerts are one of the biggest international concerts that Jakarta has, with how rambunctious the crowd is. Given experience from her attendance at the NCT Dream concert in March 2020, it would be a great benchmark and wisdom about the ins-and-outs of attending concerts in Jakarta. Even if you’re not a Kpop fan or not attending one, her tips will surely guide you to maneuver every concert you’ll attend in Jakarta.

DO: Update information from concert organizers and promoters

Promoters and organizers are the ones responsible for a concert’s proceedings. Each organizer usually has its own set of policies regarding ticketing, seating (including the order of entry based on seat types), and general concert rules (where to park, how late you can get into the venue, etc.) Be on your toes, even at the concert venue. Sure, the staff will be everywhere, but you won’t be able to find personal assistance among the crowds.

Another tip: different performers call for different rules, so keep that in mind even if you’re familiar with the organizer.

DO: Exchange tickets before D-Day

Depending on the organizer, booths for exchanging tickets are usually open as early as a week, three days, or a day before the concert. In any case, save yourself from D-Day panic and get your ticket as soon as possible.

Even if the show starts in the evening, people will be sure to line up from as early as 5 am (and not just for exchanging tickets). Having to deal with extra lines will only stress you out before the show even begins.

Whatever the dress code you agreed on with other fans, DO NOT wear layered clothing in a Jakarta concert because trust us, it’s going to be hot and stuffy inside. Especially for standing audiences, taking off your jacket is not an option either since you won’t have a place to put it away (because we don’t recommend bringing extra carry-ons either than your one purse or body bag). Sure, concert venues usually provide a storage area or lockers for audience members, but you’d probably forget to claim your belongings when the concert ends.

DON’T: Wear platforms, high-heels, or wedges at the concert

If you’re planning to stand close to the stage and jump or dance around to the music, skip platforms, high-heels, wedges, and the like. My friend wore tennis shoes to the NCT Dream concert, and she still came home with stiff feet. Opt for wearing more comfortable shoes so you won’t leave the concert with sore feet or cause bodily harm to yourself and others.

DO: watch for your own health condition

A word of advice: NEVER insist on standing at a concert if you have asthma or other health conditions that will cause you to drop in the middle of the crowd. Medical assistance will always be around to help during emergencies, but getting yourself pulled in the middle of a (possibly once-in-a-lifetime) concert is guaranteed to be your worst experience EVER. That is not to mention the relatively more expensive cost for standing options compared to tribunes. Better be safe than sorry, so watch from your seat if you’re prone to sudden health-related predicaments in a crowd.

DO: Keep yourself hydrated

This part is tricky, but keep yourself hydrated throughout the concert no matter how healthy you claim to be. Unfortunately, the standing folks may be put in a deadlock with no room to move. Therefore, it is advised that you drink plenty before the show starts AND get to the bathroom before entering the seating area.

DO: Eat before the concert

Whatever happens, store some energy before the concert and eat when you can. Even if you’re not in the mood for eating, you must eat at least a full meal before arriving at the venue. That is especially true for concert-goers waiting from the morning under the scorching Jakarta sun. Usually, promoters will allow you to eat and drink outside the seating area, so use the waiting time to replenish yourself.

DO: Show consideration for others

Another golden rule is don’t be an a-hole. Period. Feel free to bring lightsticks, posters, or what have you, but think twice about putting that large idol headband on. Avoid obscuring another person’s view. For the standing audience, watch each other’s backs and try not to push into one another. If there are small breaks between songs, allow the people around you to sit or squat on the floor and give them space.

A personal tip from me: keep the recording to a minimum and enjoy the concert instead so the people around you won’t have to stand on their tiptoes (and still fail to get the spectacle).

For the love of all that is good and holy, do NOT even think of throwing weird stuff on stage. We do NOT want to repeat that incident at a Super Junior concert when a rabid fan threw bras and other unspoken things on a live stage. It may be amusing to you or the singers (if they manage to keep their composure at all), but doing so will only bring a bad name to your fanbase, the management, or your beloved idols as well.

It’s fine if you want to show your love by showering your idols with harmless items like plushies or flowers, but keep them small and sweet. Also, avoid hurling them smack dab to anybody’s face.

DO: Mind your own litter

Put your own trash in a personal bag and take them out of the venue once the concert is over. Show the organizer and staff some appreciation by not leaving behind any mess.

Concerts tend to be very long, so make sure that your phone is fully charged before you depart to the venue. Bring power banks as well so you don’t have to look around for charging stations. If you’ll be on the phone a lot for taking pictures or videos, take more than one power bank if need be

So, there you have your tips on going to a Jakarta concert. We hope these dos and don’ts on going to Jakarta’s concert will give you a picture of concerts and that it’ll help you get ready for one! Have fun! Don’t forget to check our other posts on tips and tricks of going to places!