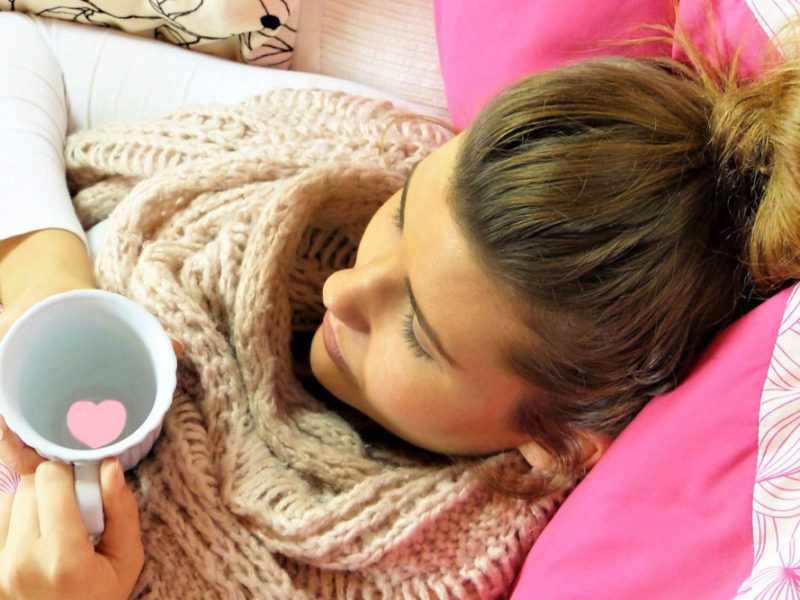 When you’re down with a cold, everything you’ve planned and every project you’ve put on schedule is all thrown out of the window. If you’re a particularly busy worker or student with tight deadlines, chances are you’d rely on whatever generic drugs you have at home.

But generic drugs aren’t the only way to fight the common cold. Here, we’ll be sharing easy-to-make traditional remedies that Indonesians fall back on time and again.

A staple ingredient of Sop Ayam is garlic, which is widely known for its antioxidant and antimicrobial properties. It is an especially potent remedy for the common cold due to its decongestant and expectorant effects. Garlic, as well as other nutritious elements in Sop Ayam, will be sure to make you feel better when you’re suffering from a congested nose.

The cooking method itself is fairly straightforward. First, place the chicken and water in a soup pot and bring to boil. Meanwhile, sauté minced shallots and garlic until they’re fragrant. Add them to the soup pot along with pepper and salt to taste. Mix them well. Then, it’s time for vegetables. Daily Cooking Quest suggests that you add the vegetables in stages so they cook evenly. It is also recommended that you add carrots first so they’d be more tender. While Indonesians prefer to serve this with white rice, potatoes are a good substitute too.

While Temulawak is uncommon (if not unheard of) in the West, it’s a fairly common household item in Indonesia. It’s especially useful to young mothers to improve appetite in children. The Temulawak, as can be derived from its Latin name Curcuma xanthorrhiza, shares the same medical properties as other ginger-like plants in the Curcuma family.

But Temulawak is more than just a solution for people with weight gain problems. It’s also known for its ability to relieve nausea, dizziness, and symptoms for cold. That’s why Temulawak is a chief ingredient in making Jamu (Indonesia’s national herbal medicinal drink)

With a little bit of scouring to find the right ingredients, you too can make your very own Jamu (hassle-free of course!). The internet offers a lot of methods and ingredients you can rely on, but we just love this Temulawak Jamu recipe from Culture Trip: just mash Temulawak and brew with tamarind and palm sugar and boil until only half the water remains and you’re good to go.

Ginger, as you’ll soon discover as you read this article, is more than just a herbal medicine for Indonesians. Every ginger drink made in every region in Indonesia has its cultural significance. A good example is the Sarabba, a traditional drink hailing from Sulawesi, specifically from the Bugis people of Makassar.

Although people who have been staying long on the island in Java may recognize it as a Sulawesi counterpart to Wedang Jahe, they will instantly know the difference from its different aroma and taste. Sarabba, unlike wedang jahe, uses egg and milk in its ingredient.

This Bugis drink has a number of different properties to relieve ailments such as a sore throat. Sarabba is also believed to be able to ward off the flu, warm the body, and prevent colds.

You don’t make good Sarabba from following just one recipe or including set ingredients. Daeng Ijah of the Cerekang River in Makassar (the article is is in Bahasa), a well-known Sarabba maker, uses simple steps in preparing Sarabba. She begins by boiling palm sugar until it completely dissolves, then adds ginger and pepper and waits until 10 to 20 minutes until the aroma of ginger comes forth. Then, she turns the heat lower and adds thick coconut milk and slowly stirs the mixture. Next, she adds ginger water and serves it while hot.

Interestingly, opinions vary on Sarabba egg serving methods. Commonly, however, people add a raw egg yolk on top of the piping hot concoction. Daeng Ijah, meanwhile, says that it all comes back to personal taste.

Hailing from West Java, Indonesia, Bandrek (pronounced bun-drag) is a drink that the local Sundanese drink to ward off the chilly nights. If you’re wondering if this is another ginger drink, the answer is yes. We Indonesians grow up drinking ginger and soak up all that spicy goodness.

Ginger is a recurring ingredient in Indonesian herbal tonic recipes due to its antibacterial and immune-boosting properties. As they say, attacking is the best form of defense. Ginger is rich with Vitamin C and magnesium that help fortify your immune as well as gingerol that is believed to ward off bacteria such as shigella, E.coli, and others.

You can buy instant Bandrek from online stores or at souvenir shops in West Java. However, we found this simple recipe from What to Cook Today so even our readers abroad can enjoy this drink.

For Bandrek, use ginger, cinnamon, cloves, and cardamom for spice. Then, add lemongrass and pandan leaves. For extra sweetness, add palm sugar, and condensed milk.

First, add spices and herbs in a medium-sized saucepan. Bring to a boil then lower the heat and keep it that way for 20 minutes. Add in palm sugar and stir until it dissolves. Close the lid and let it steep for another 15 minutes. Afterward, strain the beverage into serving glasses. Add in condensed milk according to your taste and serve while it’s piping hot.

We hope that the above recipes will help you relax and drive away those restless nights. So, forget those deadlines and house chores for a while. Rest more, worry less.