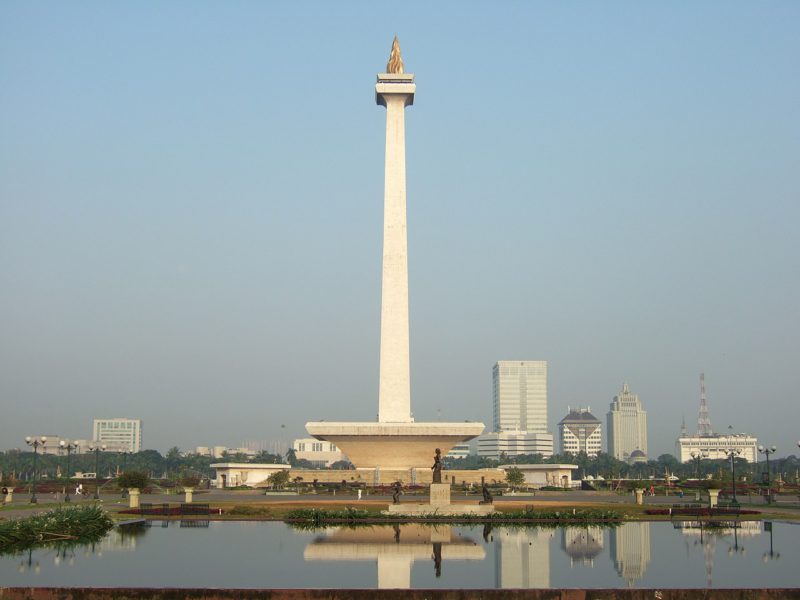 Your Guide to Areas in Jakarta: North, East, South, West, and Central Jakarta

Jakarta is busy, very busy. Being the capital city of Indonesia and also the center of the business area, it’s not unusual to see you being surrounded by skyscrapers as you go, or much more, getting stuck in long traffic. But being busy as it is, Jakarta also has its own beauty and attraction. Divided into five administrative areas, namely the West, East, South, North, and Central Jakarta, each actually has its own nuances and uniqueness that cannot be compared with each other.  If you are going to stay in Jakarta, be it a vacation, business trip, or maybe your life decision, of course, it’s better for you to know more about the five areas in Jakarta so that you know exactly where is the most suitable for your needs, be it budget-wise or work matters. Jakarta is a vibrant and dynamic city, with an expected population of around 10 million people, some areas in Jakarta also famous for its historic mix of different cultures. You can find cool modern neighborhoods to beautiful historical villages, there are lots of things that Jakarta has to offer. So without waiting for much longer, here’s a guide around the areas in Jakarta!

Despite being the smallest area and having the smallest population amongst the other five areas, Central Jakarta is actually the best place if you are a tourist or a businessman that seeks modern city life. Central Jakarta has more easy access to other parts of Jakarta since it’s central. This city is famously known to be a shopping paradise, and also the home of Presidential Palace, government buildings, and one of the busy business districts in Jakarta.

Accommodations: Central Jakarta also has lots of large international hotels. With it being the most accessible, it might be the best place for you to stay while in Jakarta. You can find affordable hotels such as Bali Hotels and Six Degrees hotels that cost around Rp100,000.00 or the splurge one like Hotel Indonesia, Shangri-La, and Grand Hyatt Jakarta.

Attractions and Entertainments: Central Jakarta has major landmarks such as Bundaran HI (Hotel Indonesia traffic circle), Monumen Nasional or Monas (National Monument), and Cathedral Church. If you are looking for a fun day to shop or hangout, Central Jakarta has Plaza Indonesia and Grand Indonesia, popular high-class malls with lots of restaurants, cafes, bars, cinemas, and many more.

Some other interesting places to visit in Central Jakarta are Tanah Abang, a wholesale market, the upscale neighborhood in Menteng, and the backpacker budget party area in Jaksa Street. There are also several landmarks that you can visit with one trip on the hop-on tour bus provided by Jakarta’s government for free.

West Jakarta is a famous place for historical tourism, there are many popular attractions and museums that you can visit in West Jakarta. It is also being developed as a large business district, especially in the Kembangan district, there are lots of office buildings and accompanied by other entertainment centers.

Accommodations: West Jakarta is pretty accessible with public transportation, there are several KRL Commuter Line stations and Transjakata bus stop. It also has a budget-friendly hotel for your option such as Wonderloft Hostel and Capitol, to more expensive ones like The Batavia Hotel and Santika Hotel.

You can find the Fatahillah Museum or also known as the Jakarta History Museum, as well as other museums and cafes converted from old Batavia’s (Old Jakarta’s name) offices. building. West Jakarta is also home to Jakarta’s iconic Chinatown, Glodok. Glodok is more of an electronic promenade, but rich in street hawker foods, Chinese cuisine restaurants, as well as Chinese temple complexes. It might be the best place if you are in for an authentic travel trip.

Museum Macan (The Museum of Contemporary Art in Nusantara), located in Kebon Jeruk and the first museum in Indonesia to have modern and contemporary Indonesian and International Arts. And if you are looking for an interesting nightlife experience, you can go to Mangga Besar, claimed as Jakarta’s biggest nightlife entertainment and red-light district. West Jakarta is definitely giving you lots of destinations to explore.

Was planned to be a satellite city, South Jakarta is now well known for its upscale residential and upscale shopping areas, also a major Jakarta’s business district. You will find the view of Jakarta’s skyscrapers in Kuningan, Setiabudi, and Sudirman districts that are a part of South Jakarta. Lots of embassies are also located here.

Attractions and Entertainments: South Jakarta is known to have a bustling nightlife, upscale shopping centers and malls, restaurants, hotels, and other entertainment centers. Senopati, Blok M and Kemang are the best places in South Jakarta if you are looking for nightlife and entertainment, it’s a popular place for both locals and expatriates.

East Jakarta is more of an industrial quarter of Jakarta, but also home to Jakarta’s second airport, Halim Perdana Kusuma that serves both domestic and international flights, Cibubur Camping Ground, Snowbay Water Park, and unique tourist attractions Taman Mini Indonesia Indah (TMII), a theme park that took the concept of ‘Mini Indonesia’, where you can take a peek of the cultural diversity in Indonesia in one go.

Accommodations: With this city being more an industrial area, there might be not many choices of hotels in East Jakarta, but still, you can find budget-friendly hotels like FaveHotels PGC or mid-range hotels like Ibis Jakarta Cawang and Park Hotel. Getting around in East Jakarta is quite easy, it is public transportation friendly, with the best option to use is definitely the Transjakarta bus.

North Jakarta is the main harbor area and home to the busiest and most advanced Indonesian seaport, Tanjung Priok. This place provides you a large historical attraction trip, from the oldest worship places in Jakarta to Sunda Kelapa Harbor that has a history of the harbor for merchant ships since the Kingdom of Pajajaran. North Jakarta is also famous for its Taman Impian Jaya Ancol that has Dunia Fantasi theme park, beach, swimming pool, and giant aquarium Sea World Indonesia.

Accommodations: Exploring attractions in North Jakarta is quite easy, the Transjakarta bus is giving you access to the historical sites, malls, apartments, and more! There are also various types of hotels that can adjust to your budget. Budget-friendly ones are Boarding House in Kelapa Puan Timur Streets and Cempaka Jaya Cottage, while the mid-range ones are Gading Indah, Sunter Lake, and Grand Asia Hotel, and many more.

And with it, comes the end of our short article trip about areas in Jakarta. There are still lots of attractions in each area that we sadly can’t cover, you could check them out on our other articles! We hope that you will have a good picture of areas in Jakarta. Have a great trip!