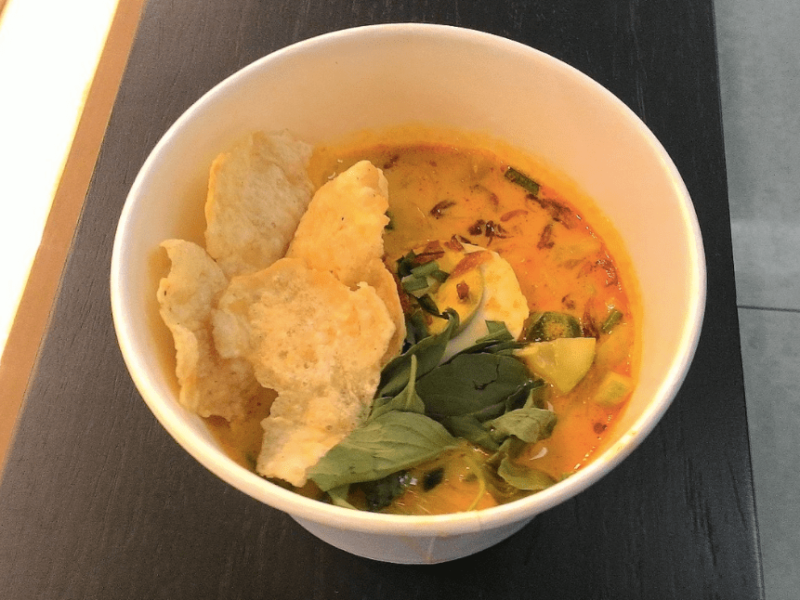 Local Food You Should Try in Jakarta

As Indonesia’s capital, Jakarta is filled with various people of other ethnicities across the glove. And throughout the years, all of these cultures have interacted among themselves. This has made Jakarta into a place that is full of diverse cultures. Not only the people but the food here has changed and merged due to the interaction of cultures. You can find a lot of cuisines ranging from Chinese to Indian cuisine and back to the local Betawi cuisine. You can find all of these cuisines all over the city easily. If you’re planning to have a food trip in Indonesia, make sure you put Jakarta on your list. Since there are a lot of local food choices, it’s only natural that you would be a bit overwhelmed. So to help you, we have made a list of the best local food you should try in Jakarta.

A lot of you might have already tasted laksa before. It’s a famous dish originating from China but has been adopted by many countries such as Thailand and Indonesia. They consist of wheat noodles or vermicelli and is usually served with toppings such as chicken and seafood. To top it off, it is served in a bowl of spicy and savory curry soup with a coconut milk base. Laksa Betawi is different than any other laksas as it is very similar to the Soto Betawi. It has a light yellow colored broth instead of the usual orange broth due to the ginger and galangal. You can find this dish being sold all over the city by local Betawi restaurants and even Chinese-Indonesian restaurants.

Kerak Telor has got to be one of Jakarta’s most famous signature dishes ever. Be sure to try this dish while you’re here because it would be an incomplete experience if you didn’t. The dish is made from glutinous rice fried with an egg mixture and topped with shredded coconut, and fried shallots. There are 2 kinds of eggs you can choose to be in the mixture, chicken eggs, and duck eggs. We recommend you to choose the duck egg, as it is a lot more flavorsome than the chicken egg. The seller will then cook it in a pan skillet over charcoal and it will form a crust. You can find this dish all over Jakarta but it is more common to find it during fairs.

Sop Buntut or Oxtail Soup is another favorite dish in Jakarta that is well known all over Indonesia too. It is a soup made from beef or ox broth with beef or oxtails as its main protein. Although the name suggests that its main ingredient is oxtail, the tails may come from other bovines other than oxen. It is predicted that it’s originally from Europe but has then made its way to Asian countries such as Indonesia. The Oxtail Soup is also quite popular in countries such as China and Korea too. The main difference between Indonesia’s Oxtail Soup to theirs is the fact that in Indonesia they fry the oxtail first. Rather than just boiling it in the broth, by frying the oxtail, it will become more flavorsome and tender. The soup is served with vegetables such as tomatoes and potatoes with the oxtail and topped with local crisps.

Ketoprak is the ultimate comfort street food not only in Jakarta but throughout Indonesia as well. It can be eaten during lunch or dinner as it is very filling. It consists of rice cakes, vermicelli, beansprouts, and peanut sauce. The peanut sauce is made by grinding roasted peanuts with palm sugar and spices such as galangal and tamarind. You can also add chilies to the mix to make it spicy. It is then served with sides such as with tofu, cabbage, and topped fried shallots. It is a perfect dish for vegetarians as there are no meat products in the dish. You can find Ketoprak stalls and stands all over Jakarta very easily. The lines for the Ketoprak stands might be a little long but it is definitely worth the wait.

Bubur Ayam is the Indonesian version of chicken porridge/congee, which is a very famous dish in Asia. There are many different types of Bubur Ayam in Jakarta, but there are two main ones. They are the traditional Bubur Ayam and the Chinese-style Bubur Ayam. The traditional Bubur Ayam is more commonly found as it’s scattered everywhere in the city from morning to the afternoon. It is your typical chicken porridge but it has a sweet taste due to the sweet soy sauce. The other one is the Chinese-style Bubur Ayam. This porridge is very similar to the congee you can find in China or Taiwan. It is served with chicken and sometimes pork and topped with tongcay, which is a type of preserved vegetables. It also has a distinct savory flavor due to the salty soy sauce, unlike the traditional Bubur Ayam.

Gorengan or fried fritters is probably one of the most famous street foods in Jakarta. You can literally find carts that sell Gorengan in every place you go to. There are various types of Gorengan, all of them battered and deep-fried in oil. There’s fried tofu, fried tempeh, and also spring rolls. People usually buy Gorengan to fill up their stomach if they haven’t eaten yet or just for snacking. It is very popular here because it is very cheap, with 1 fritter being only IDR 1.000. You can buy a few pieces and it can fill you up instantly. It is the perfect food for snacking as it is delicious and not that heavy. But as it is fried fast food, we don’t recommend eating it every day.

So these are the 6 best local food you can easily find in Jakarta. We hope this list can help you with your culinary journey of finding the best foods in Indonesia.