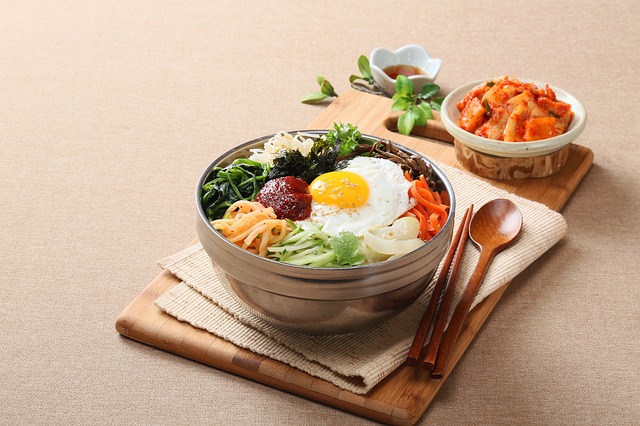 10 Popular Korean Food Recommendations that You Should Try

With the increased popularity of Korean culture through KPOP, Korean dramas, and Korean movies, it doesn’t come as a surprise that Korean foods catch many people’s attention and get more well-known these days. Especially when you regularly watch Korean dramas, movies, or Korean variety shows that talk about food a lot. It’s not rare that you will find yourself feeling curious and hungry at the same time since they often show various mouthwatering foods in certain scenes. Not to mention all the idols, singers, actors, and actresses that will happily give their fans some Korean food recommendations whenever they are asked about it.

Therefore, it explains the euphoria towards Korean foods around the world, including in Indonesia. Also, since the demand for these Korean foods keeps getting higher, you can easily find Korean restaurants here and there, particularly in big cities. Furthermore, if you want to cook the food by yourself, it will be a piece of cake to find numerous Korean recipes on the internet. Now, before you decide on what Korean foods to eat later, we created this list of 10 popular Korean food recommendations that you should try. Let’s check out the following list below and find out which food that might be your favorite Korean food even after a first try!

Without any doubt, kimchi should be listed first in our list of popular Korean food recommendations. It is a traditional signature Korean side dish that is made from fermented vegetables. There are numerous vegetables used in this dish, but usually, the basic ones include napa cabbage, Korean radish, carrots, eggplants, and cucumber. Also, it typically contains salt, sugar, crushed garlic, chili peppers, onions, fish sauce, and ginger for the seasonings.

Kimchi is served with almost every meal in Korea. Especially since the taste of kimchi itself is a combination of spicy, sweet, and sour, making it a perfect side dish to be eaten together with dishes like noodles, rice, soups, porridges, and even rice cakes. There are hundreds of kimchi recipes because there are a wide variety of kimchi types with different vegetables as the main ingredients.

The next one that we should include in this list of Korean food recommendations is tteokbokki. Tteok means rice cakes and bokki means stir-fried food. So, tteokbokki literally translates as stir-fried rice cakes. This is a traditional Korean dish that usually consists of cylinder-shaped rice cakes, eomuk (fish cakes), boiled eggs, and scallions. The seasoning for tteokbokki using spicy gochujang (chili paste) is more common in Korea. However, there’s also a non-spicy one that uses ganjang (soy sauce) as the base sauce for the dish.

As a very popular snack even among Koreans, tteokbokki can easily be purchased at street stalls known as pojangmacha, as well as in snack bars known as bunsikjip. In Indonesia, you can also enjoy tteokbokki by visiting the nearest Korean restaurant from where you live or even make your own tteokbokki by following some recipes from the internet.

Our next Korean food recommendation goes to bibimbap. Bibim translates as mixed or mixing, while bap means rice. So basically, the literal meaning of bibimbap is mixed rice. It is because you need to stir the whole dish together thoroughly right before eating. Bibimbap itself is a nutritious dish that is served as a bowl of warm white rice topped with sautéed and seasoned vegetables, beef or chicken, and raw or cooked egg. Also, the seasonings usually consist of gochujang (chili paste), soy sauce, or doenjang (a fermented soybean paste). Furthermore, depending on the region and the ingredients used, bibimbap can also be served as a vegetarian meal.

If you are a meat lover, then we believe you will probably love Bulgogi! The name of this Korean dish stems from the word bul which means fire and gogi which translates as meat. During the Joseon Dynasty, bulgogi was traditionally prepared especially for the nobility and the wealthy. It is basically a Korean-style grilled beef, made from thin slices of sirloin, tenderloin, or ribeye. It is generally marinated in a mixture of soy sauce, sesame oil, black pepper, garlic, onions, ginger, and sugar for two to four hours. Although Bulgogi is mainly grilled on a barbecue or on a stove-top griddle, broiling or having it stir-fried in a pan is common as well.

If you are a Korean drama lover, then it would be almost impossible for you to not know this dish before! Absolutely, Jjajangmyeon has to be included in our popular Korean food recommendations list. This is actually a Korean-Chinese fusion dish that uses Korean wheat noodles served with black soybean paste which is made from chunjang (a salty black bean soybean paste), minced pork/beef, diced onions, and vegetables. Usually, jjajangmyeon is served alongside a side dish called danmuji (pickled radish) that tastes sweet. It also helps to reduce the greasiness of the jjajangmyeon.

As a representative of summer health food in South Korea, we believe Samgyetang is a must-try for you who loves healthy yet delicious food. Hence, we added this dish to our list of Korean food recommendations that people should try. Primarily consisting of a whole young chicken cooked with garlic, chestnuts, glutinous rice, ginseng, jujube, and gingko nuts, Samgyetang is a Korean dish that literally translates to chicken ginseng soup. It is such a flavorful and nutritious soup since ginseng has medicinal purposes like lowering blood sugar and boosting the body’s immune system and stamina. Also, it makes Samgyetang an ideal soup to replenish all the energy that’s lost during summer.

Another popular Korean-Chinese fusion dish that you should definitely try when it comes to popular Korean food is jjamppong. Especially when you love spicy food so much, you will probably like this dish a lot. Jjamppong consists of fresh noodles, various vegetables, and numerous seafood served in a red hot soup base, or pork-based broth flavored. The common ingredients used to make this dish are onions, garlic, Korean zucchini, carrots, cabbages, squid, mussels, and pork. Usually, the restaurants which sell jjajangmyeon will have jjamppong on their menu as well. While jjajangmyeon tastes sweet and savory, jjamppong is more soupy and spicy. Also, if you don’t like spicy food that much, you can tone down the spiciness level by cooking it yourself.

Gimbap surely has to be one of the popular dishes that made its way into our Korean food recommendations list. Also romanized as kimbap, it consists of seaweed (kim), cooked rice (bap), and other ingredients that are usually rolled and sliced. The ingredients used as the fillings can have a variety of options. However, the common ones are fishcakes, meat, spinach, eggs, and cucumbers. The rice is usually seasoned with sesame oil and a pinch of salt, giving it a savory and nutty flavor. Gimbap is served in bite-sized pieces, that’s why this dish is popular as food that’s very convenient to be brought while doing picnic, hiking, or any other outdoor activities.

One of the tastiest Korean snacks that we shouldn’t leave behind is definitely bungeoppang. This is a fish-shaped pastry that contains sweetened red bean paste as its filling. Originating from the Japanese snack taiyaki, bungeoppang is very popular as a winter street food. In South Korea, it is widely available at many street stalls. Furthermore, although the standard filling is usually sweetened red bean paste, it is not impossible to find bungeoppang that are filled with pastry cream, chocolate, pizza toppings, and many others.

If you are a dessert enthusiast, then bingsu is definitely a must-try for you! As a popular Korean dessert, it doesn’t feel right not to add bingsu to our list of Korean food recommendations. Bingsu consists of fine flavored shaved iced such as milk, chocolate, or green tea. Then, added with sweet toppings that may include chopped fruits, condensed milk, fruit syrup, Korean rice cakes or tteok, cereals, and red beans. Out of all bingsu varieties out there, pat-bingsu or the red bean shaved ice is the most common variety that can be found in South Korea. This dessert will be a perfect choice for you who have a sweet tooth!

And those are all the 10 popular Korean food recommendations that you should try. Out of those foods listed above, have you tried any or some of them before? If not, which food do you really look forward to trying later?