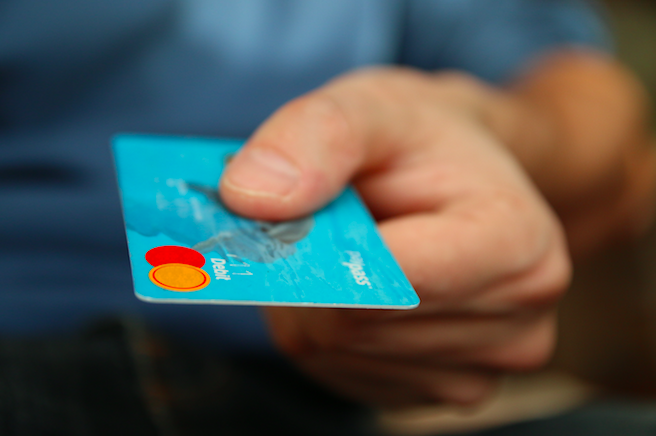 One of the most important things you need to know when moving to another country are the bank options there. You need to know the services that it has and also the pros and cons of the bank in question. It would also help if you know this way before your departure to your country of destination. Knowing some basic knowledge of the banks that are available would make you have a better-informed decision on picking them. So here you go, a list of top banks in Indonesia and some basic information on each and every one of them!

This bank is the oldest one in Indonesia, BRI was established in the era of Dutch rule in Indonesia. The bank goes way back in 1896 and it is known for specializing in small scale and micro-finance style borrowing. It offers a variety of choices for its clients such as BRI Simpedes, Tabungan Britama, Britama Bisnis, and Britama Rencana. Their advantages include services being better suited for small business owners to have an account plus insurance plan for kids. All in all, BRI’s offers from years of its experience in the field has almost anything for anyone interested.

Bank Mandiri comes from merging four banks in Indonesia back in 1998 and has since proven its expertise. By 2013, Mandiri is present in all 34 provinces in Indonesia, proving its national significance and presence in the business. Bank Mandiri also has a variety of credit card options that include both a Visa type and a Mastercard type. Like many banks in Indonesia, it also has a sharia option, Mandiri Syariah which would adhere to Islamic banking principles. Bank Mandiri’s e-Money is also frequently used for Toll Gate payments which makes it important for intercity travels.

With its motto “Serving the Country, the Pride of the Nation” BNI indeed has proven its constant improvement since 1946. The bank’s reliability can be seen in how it has branches in seven cities overseas including London, Seoul, and Tokyo. BNI’s quality also follows the world’s latest trends including the increasingly digital nature of modern life even in banking. What follows is a comprehensive system of a mobile application that can easily access Virtual Accounts, e-wallet, and make payments. Additionally, its commitment to serve a sharia-banking service is so successful that its sharia branch split-off into its own company.

Holding the title of the largest privately-owned bank in Indonesia, Bank Central Asia owes that from versatile options of services. Forbes even has stated that it is the best bank in Indonesia in February 2019, which shows its international standards. Once a part of the business titan Salim Group, now BCA is owned by another business giant which is Djarum. In its efforts in making digital payments easier, BCA’s mobile app is especially helpful for online transactions and tracking them. In BCA whether it is opening an account, processing at the teller or the app is easy for their clients. Which proves their commitment to improvement and adaptation.

Established in 1955, CIMB Niaga quickly rose in the business and is now one of the biggest banks in Indonesia. It was established as Bank Niaga and in 2008, it merged with Lippo Bank to form CIMB Niaga until today. Options for a savings account include a type that makes it easy to pay employees (Tabungan Xtra Payroll). Other options enable you to save foreign currencies (Tabungan Xtra Valas) and get shopping cashback (Tabungan CIMB Niaga Hypermart Savers). They also have Tabungan Anak Dan Perencanaan which helps you manage yours and your child’s savings according to sharia principles. These include Tabungan CIMB Junior, Tabungan Pendidikan, Tabungan Pendidikan USD, Tabungan Pendidikan Xtra, Tabungan SimPel, and Tabungan Mapan.

Established back in 1897 as Postspaarbank by the Dutch, BTN persevere and is now a prominent bank in today’s Indonesia. Bank Tabungan Negara is an Indonesian bank that is a state-owned enterprise that is under the Ministry of State-Owned Enterprise. BTN’s services include BTN Tabungan Batara, TabunganKu BTN, Tabungnan BTN eBatarapos, and Tabungan BTN Prima with their advantages. Their respective benefits include a high annual interest percentage, online banking, insurance with daily adjustable interest, and specialize in investments. As with the other state-owned banks, BTN benefits from the e-wallet Link-Aja! which would make online transactions much easier.

Another big player in the commercial banking scene, Bank Panin in 2009 was noted as the 7th largest Indonesian bank. In 1982, Bank Panin became the first Indonesian bank to have its stocks openly traded in the Jakarta Stock Exchange. Their products include Tabungan Panin, Tabunganku Bank Panin, Tabungan Bisnis Platinum Panin, Tabungan Rencana Panin. Advantages from various products include supermarket vouchers, no monthly administration fee, easing business transactions, and easing your savings plan. Bank Panin, like many respected banks, has a specialized account for kids, Tabungan Junior Panin. Their products also have online banking options for those of you that might need to do transactions online.

While you might say that banks in Indonesia nowadays are almost the same as each other, it’s not always so. Upon closer inspection and observation of their specific programs, you might just then find your perfect subscription pick. Some companies would often cooperate with either of these banks and makes incentives for employees to use them. So actually, picking the right one might be a combined factor of convenience and perhaps, the relative advantage of services. Nevertheless, these advantages may be small and the final say is entirely for you to decide as to the all-important clients, so choose wisely!