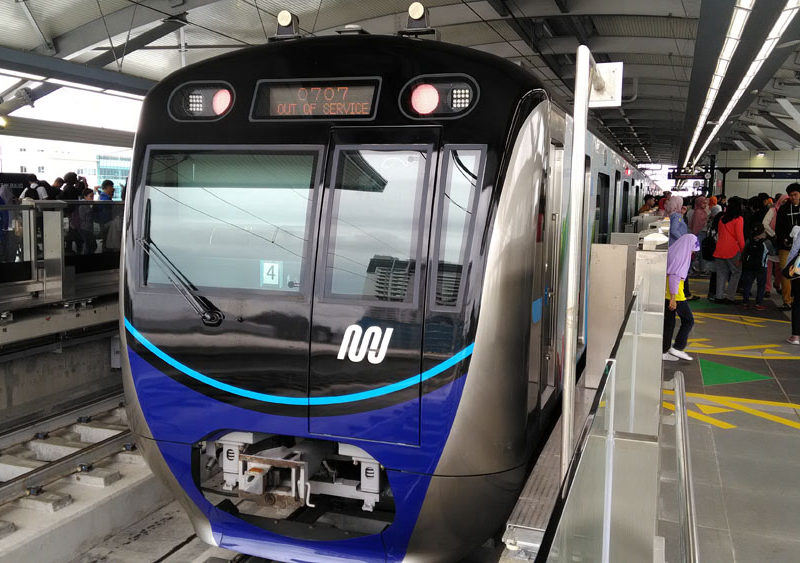 If you have never been to Jakarta before, then you should prepare yourself for probably the worst traffic you have ever seen. Jakarta certainly has some of the worst, hideous traffic in the world- everyone who’s been here knows it. Past researches showed that Jakarta ranks top in the world’s city with the worst traffic. Many of the 3.5 million people who commute daily in Jakarta come by car. The government has been spinning the tables back and forth to find solutions. Although it has gotten better, this issue just seems to be stuck.

As mentioned by the Novelist Seno Gumira Ajidrama in The Guadian, the average time people spend in Jakarta’s traffic account for 10 years of their lives.  As impossible as it may sounds, a few days inside the busy commuting life in Jakarta may convince you. The most probable time of the year where you can see the streets in Jakarta empty is during the holidays, particularly Lebaran (Eid Mubarak). Whilst people from Jakarta return to their hometown for a few days, the streets in the capital are empty and traffic-free. Other than that, then it’s traffic every day throughout the week.

Jakartans have been asking the same thing. They demand the government to take a big step to improve the traffic in Jakarta. Different government leaders have gone through, and a lot of policies have been implemented in the streets of Jakarta. More public transportation has been introduced, starting from the KRL commuting or intercity train to the newest MRT and LRT connecting vital areas in the city.

5 Most Affordable Transportation Means in Jakarta: A Dummy’s Guide

The recent established public transportation, Mass Rapid Transit or commonly known as MRT, was an initiation innovation in the late 90s. However, the construction had just started a few years ago and was established officially in 2019. The MRT was the hope of both the government and the people to reduce congestion issues along with the economic losses. However, with the solution brought by the MRT, comes also problems. This public transportation is blamed for causing floods which occurred at the beginning of 2020. This issue is yet to be solved along with further improvements in the development of MRT project phase II. For more information regarding MRT, you can check their official website here.

On the other hand, the new Light Rapid Transit or LRT has also been established to connect people from Jakarta to its surrounding cities. The current outer-route LRT is connecting Jakarta, Bogor, Bekasi, Cawang, and Kuningan, whilst the inner-route will connect subdistricts such as Sudirman, Kelapa Gading, Rawamangun, and Manggarai. Unfortunately, during the construction of LRT, the project has instead caused horrible congestion throughout the toll roads of Jakarta. Unlike its aim, the government hopes that LRT may later reduce the traffic.

Aside from the development of public transportation, there are also important traffic rules that may concern your commuting in Jakarta. In order to reduce the number of private vehicles within the streets of Jakarta, one of the policies implemented by the local government is to allow particular plate numbers to go into mainly big streets at certain times.

Should You Get A Car In Jakarta?

By the beginning of September 2019, the local government established the ganjil genap system. Plate number with the end number being odd may only pass the street during dates with an odd number, and the other way around with even number plate numbers. This rule is applied every workday (Monday to Friday) and is not applied during public holidays. You need to obey this rule during a certain period of time, starting from 6 to 10 am in the morning and later from 4 to 9 pm in the evening.

The government implements Ganjil Genap in 25 different streets, including the previously 9 streets which have implemented the rule in advance. Here are the following streets you should be aware of:

Furthermore, this rule is specifically for vital streets with an alarming level of traffic. The main aim is to reduce the use of private vehicles, especially cars. The sanction applied may vary depending on the circumstances. Those who break the rule may choose the kind of ticket he or she will get. If you get a blue ticket, you don’t need to go to court. However, you should pay Rp 500.000 to the officer in charge. Moreover, the police officer will also ask you to hand in your driving license along with the papers for your vehicles. If later you are unable to show these papers, then there will be further sanctions for you.

On the other hand, you may also choose to get a red ticket. If you have any complaints or don’t accept the sanction given to you, they will give you the chance to go to court and provide proof of why you should not be sanctioned. The judge will decide later; whether to give you the sanction or not or about the amount of fine you should be charged with.

Despite the traffic and rules in Jakarta, there is just something about this city that doesn’t stop people from coming. By the end of the road, you will always find great things in this lively city. As long as you know the tricks to overcome the traffic, we can assure you that not even the traffic can stop Jakarta from being an amazing city to live in.