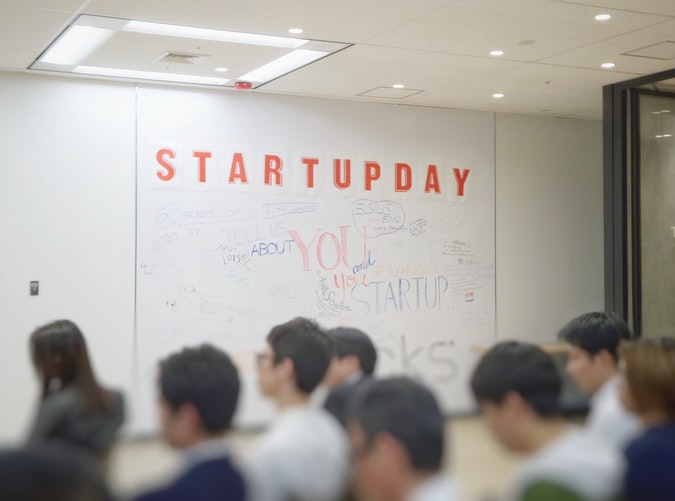 What to Expect When Entering the Startup Scene in Jakarta

As of 2019, the ride-sharing behemoth Gojek achieves the Decacorn title according to CBInsight’s The Global Unicorn Club, with a value of 10$. Gojek, along with the other four existing Unicorns of Indonesia (Tokopedia, OVO, Bukalapak, and Traveloka), are startup success stories that propel Indonesia into rightfully taking its place as the next startup hotspot in Asia (or even the world). But what turns this relative underdog country in terms of ease of doing business into a high risk-high reward arena for local and foreign startups to make their name?

Indonesia is indeed emerging as a new competitor in the South East Asian startup against Singapore. The ASEAN Post acknowledges that Indonesia is overtaking Singapore as the most exciting startup environment, with start-ups becoming major successes in spite of the country’s inherent infrastructure and business environment challenges. To make things easier, here’s a glimpse of the startup scene in Indonesia.

read more about work permit for starup founders in Indonesia

In an article published in the January release of Indonesia Investments Monthly Update, Jefri R. Sirait, Chairman of the Association of Venture Capitals for Indonesian Start-Ups (Amvesindo), remarked that Indonesia makes for a conducive environment for tech startups due to its open and healthy nature. Local startup companies draw interest not just from domestic investors, but also from large foreign startups (including but not limited to Tencent and Alibaba) to inject capital into them.

On the other hand, Shinta Widjaja Kamdani, founder of Angel Investment Network Indonesia, found three reasons that help bolster those large investors and companies’ interest to invest in these local startups. They include the region’s positive attitude and ready willingness to adopt technical solutions, improving connectivity throughout the Archipelago, rising Internet use, and government support budding businesses including startups.

The improvement in Indonesia’s business environment was not unpredictable. In 2008 Economist Intelligence Unit (EIU) in London, Indonesia, and five other countries known as CIVETS (Colombia, Indonesia, Vietnam, Egypt, Turkey, and South Africa) were alleged to be the emerging markets whose economies would rise quickly in the upcoming decades.

Not only do they express at a diverse and rapidly growing economy, but they also foster large populations of people under 30. These countries benefitted not only from their stable economic environment but also from the increasing concern for higher education and skill acquisition.

But setting a startup in Indonesia is not without its challenges There are several key challenges that prospective founders, local or foreign, need to expect before building their startup in the Archipelago.

Bureaucracy of starting a Startup company in Indonesia

One of the most prominent problems in setting up businesses in Indonesia is its bureaucracy. It’s no secret that Indonesia’s bureaucracy is slow to adapt in comparison to the accelerating economic trends.

Sebastian Trizcinski-Clement, Google’s head of developer relations and startup ecosystem in Asia, Africa, and the Middle East, regrets the complicated and time-consuming regulations, especially for foreign investors and company founders. He estimates that it takes at least 40 days for a foreign company to establish itself in Indonesia.

Meanwhile, Tech in Asia observes that Indonesia indeed has restrictions for startups invested by or found by foreigners (private and corporate). They urge foreign startup finders to find local finders and hire a local consultant to help maneuver the (everchanging) regulations as well as overcome the language barrier since legal documents are mostly in Indonesian.

Prospective founders that have yet to set soil in Indonesia are also strongly advised to consult market entry service providers to cover business incorporation, business address registration, and work permit applications before they start their venture in Indonesia.

Startups in Indonesia find it difficult to find the right talents

Another challenge that budding local and foreign startups face is the difficulty of finding the proper talents to hire. Since startups are growing with technology, there are more specialized jobs that are needed by them. Despite the government’s efforts to usher in an era of Education 4.0, most educational institutions still struggle to reach standard levels of quality, to say nothing of the economical gap that prevents talents from more rural areas from competing with their more privileged peers.

But difficulties in talent acquisition is starting to become a thing of the past as Indonesia’s workforce begins to embrace talent marketplaces as well as tech startups that accommodate talent recruitment. Founders from outside and within Indonesia can acquire talents from job vacancy sites such as Kalibrr (Philippines-based) and Glints (Singapore-based).

Indonesia has homegrown talent marketplaces as well, including Ekrut and Geekhunter. Ekrut directly accompanies employers in scouting as well as connecting them directly to suitable talents. Meanwhile, Geekhunter specializes in the recruitment of candidates with a background in IT,  such as programmers and developments.

Founders can also follow events such as MeetMagento and Tech in Asia that help connect international startup communities with entrepreneurs, service providers, and even developers in Indonesia. Foreign investors and prospective startup founders can acquire useful knowledge on the workforce environment in Indonesia as well as set up a beneficial network with the talent recruitment startup community.

The infrastructures in Indonesia has huge impacts on startups

While the abovementioned problems are not impossible to overcome, given the right resources and connections, Indonesia’s gap in infrastructure remains a constant obstacle even to established companies. While the western parts of Indonesia, namely Sumatra, Java, and Bali, benefit from the growing focus on public infrastructure like tollways. This benefits startups that deal with transportation like Grab and Gojek but otherwise poses a problem to e-commerce startups that primarily rely on logistics while aiming to expand their market nationwide.

On the other hand, prospective founders may want to set their sights elsewhere. More specifically, the mobile market. Trzcinski-Clement is optimistic that Indonesia will be more accepting of startup trends that focus on mobile platforms, such as educational technology (Edutech), financial technologies (Fintech), and mobile gaming. The mid to late 2010s prove this to be true, with the continuous scaling of Edutech giant Ruangguru and Fintech startups such as Doku, Amartha, and CekAja.com (a subsidiary of the C88 Financial Technologies group from Malaysia). Indonesia’s gaming industry has also shown much promise with Gemscool, Indonesia’s long-running game publisher that ran from 2009 until today, and Touchten Games, Indonesia’s leading game developer in the free mobile game area.

In conclusion, Indonesia is an exciting startup environment, despite its many setbacks in infrastructure and bureaucracy. As long as you connect with the right people and a functional business model, your startup is set to navigate the Archipelago’s valuable market.

find out more about work permit for investors in Indonesia