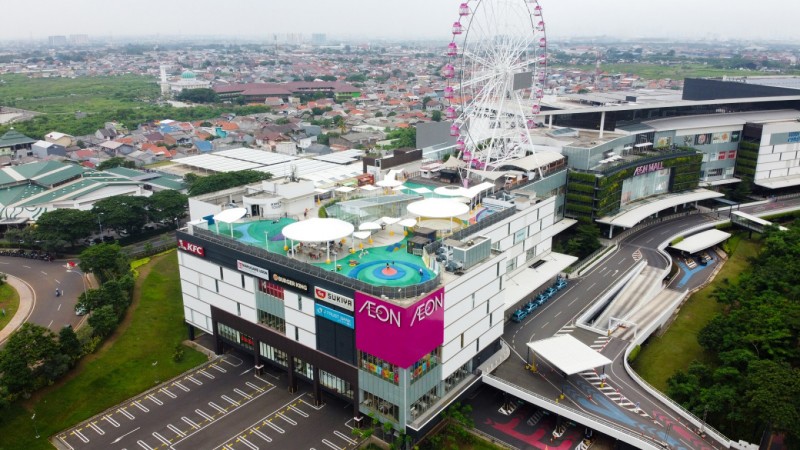 When in East Jakarta: Things to Do

East Jakarta is the industrial quarter of Jakarta. That is why East Jakarta seems like the ugly duckling out of the five administrative cities, but it is the home of the city’s second airport, Bandar Udara International Halim Perdanakusuma.

East Jakarta also hosts a one-of-a-kind theme park, Taman Mini Indonesia Indah, a vast recreational complex where you can see parts of Indonesia’s multi-ethnic community in one park. There are a lot of attractions in East Jakarta, and if you ever wonder what you can sightsee while you’re in East Jakarta. Well, we will guide you through the places you can visit in East Jakarta. Check the list out!

One of the AEON’s chain malls across the Jabodetabek region with strong Japanese nuances on its decorations. There are a lot of shopping brands which you can shop from. It has its own food court where they offer a diverse range of menus, such as Japanese, pastry, Western, Indonesian, and Chinese. Even though it’s only food from the food court, but most of them are actually delicious! The sushi is very fresh, and here’s a little tip, buy the foods when it’s almost closing time, you will get a huge discount. Above the mall, there is a giant Ferris Wheel which became the main attraction of the mall.

Taman Mini Indonesia Indah is a theme park where you can see parts of Indonesia’s multi-ethnic community in one park. There is a pavilion for each province with different rumah adat and detailed information about each province’s cultures. Aside from a miniature of various rumah adat in Indonesia, TMII also has several museums, theatres, and a children’s park. You can get around the park by getting on a monorail, mini train, or rent a bike. Taman Mini is very big, therefore you might want to plan thoroughly to make sure you can visit all the venues in Taman Mini. However, if you feel like you need more than a day exploring Taman Mini, you can stay the night at one of the two hostels that is available at Taman Mini.

We hope this article will help you to discover East Jakarta. Happy exploring!