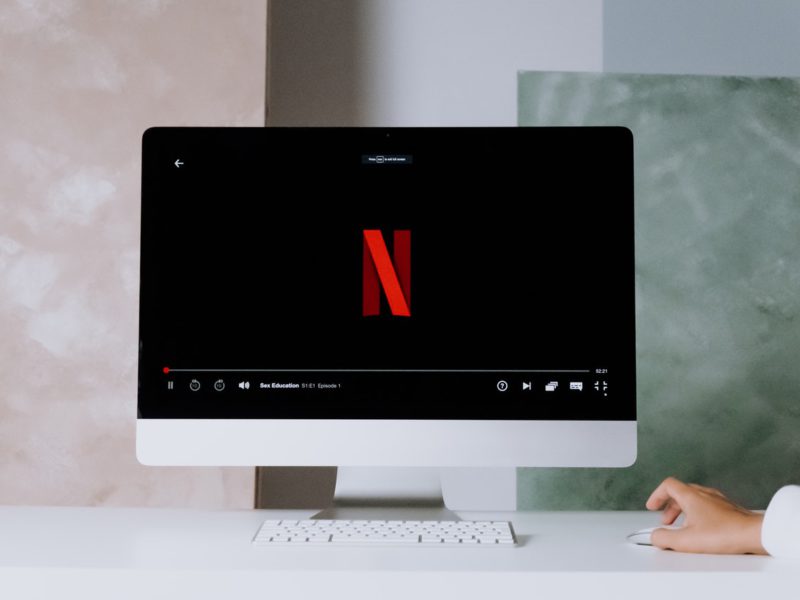 10 Top Movies in Netflix That You Must Watch

Netflix is ​​a movie streaming service that provides a variety of interesting movies to watch every year. You can subscribe to Netflix and watch from home without leaving the house. This is certainly very fun especially if you can watch it all day in your spare time or while on vacation. There are many Netflix original movies that you can watch for you who require interesting viewing intake. Here are the 10 top movies in Netflix that you must watch!

The Night Comes For Us is one of top movies in Netflix where there are many top artists such as Joe Taslim, Julie Estelle, and Iko Uwais. This movie tells the story of Ito (Joe Taslim) who is trying to get out of the Triad, a criminal organization. This is because he met a girl who changed his perspective. Unfortunately, it is not easy to get out of the Triad, he must risk his life even to the point of having to face his best friend.

6 Underground is an action thriller movie of top movies in Netflix directed by Michael Bay. This film includes top artists such as Ryan Reynolds, Ben Hardy, Melanie Laurent, and other actors. This movie tells the story of The Ghost, a group that wants to overthrow a dictatorial leadership. It was inspired by a smart billionaire who saw the brutal side of the Turkistan leadership. He then faked his death and changed his identity to One. He then recruited great people in carrying out this mission.

Marriage Story is one of top movies in Netflix directed by Noah Baumbach and premiered at the Venice Film Festival on August 29, 2019. It was awarded at the 92nd Academy Awards for Best Picture, Best Screenplay, Best Actor, and Best Actress. Marriage Story tells the story of Charlie and Nicole’s marriage which is in trouble and finds it difficult to find peace.

Extraction is one of top movies in Netflix that has been airing since 2020 and is an action thriller genre. The movie is based on the story of the graphic novel Cuidad by Ande Parks. Tells the story of Tyler Rake, a mercenary from the black market, played by actor Chris Hemsworth. He must save Ovi Mahajan, a child from an international drug lord. Rake knows he is being used but he still tries to save Ovi. Can Rake save her?

The Devil All the Time is a crime drama movie adaptation of Donald Ray Pollock’s novel of the same name. The movie is directed by Antonio Compos and features top Hollywood actors such as Tom Holland, Bill Skarsgard, Robert Pattinson, and others. Set in World War II, this film tells the story of a boy named Arvin Russel who diligently worships until he gets a gun as a gift from his father on his birthday. He began to change coupled with the riots and terror in Knock Em Stiff City.

Space Sweepers is a sci-fi fantasy movie that tells the story of The Victory, the space cleaners in 2092. This movie is played by famous Korean actors such as Song Joong Ki and Kim Tae Ri. They have a mission to find Dorothy who is a humanoid robot. It can be a lethal killer weapon and they have to compete with other crew members for it.

Alive is one of top movies in Netflix from South Korea that was released in 2020 and tells the story of a mysterious epidemic that spreads uncontrollably in the city of Seoul. This plague infection can cause people to turn into zombies. Oh, Joon Woo (Yoo Ah In) and Kim Yoo Bin (Park Shin Hye) try to save themselves from people who have become zombies.

To All the Boys I’ve Loved Before: Always and Forever is the last film in the To All the Boys trilogy which is an adaptation of the novel by Jenny Han. This movie is a romantic comedy genre and tells the story of Lara Jean, a girl who always writes love letters to the person she likes but never sends. Her life began to change when her sister sent the letter to the intended man. This movie focuses on Lara Jean’s romance with a man named Peter who goes through ups and downs and makes the audience immersed in their story.

Red Notice is one of top movies in Netflix starring several names of artists such as Ryan Reynolds, Dwayne Johnson, and the beautiful artist Gal Gadot. The movie, directed by Rawson Marshall Thurber, tells the story of John Hartley, an FBI agent who meets Nolan Booth, a con artist, and The Bishop, an art thief. Hartley initially wanted to catch them until later they would travel around the world.

Fistful of Vengeance is a Netflix original movie that has been airing since February 2022. This movie comes from America and what is interesting is that there is an Indonesian actor in this film, namely Iko Uwais. Telling the story of Wu Assassin, this film is a continuation of the series which tells about the clues to the murder of Jenny, Tommy Wah’s sister, at a club in Bangkok. There are many impressive martial arts scenes in this film.

These are the 10 top movies in Netflix that you must watch. Prepare your favorite snacks and enjoy the interesting spectacles above. Enjoy watching!