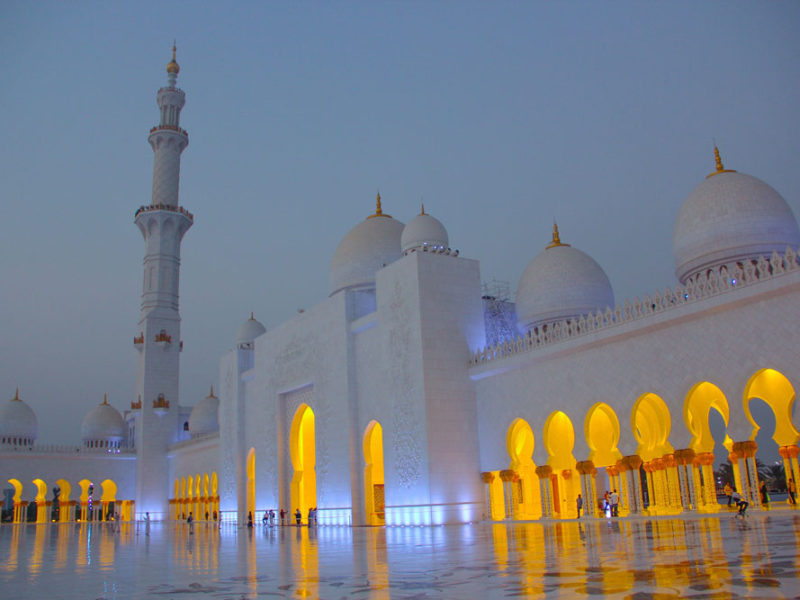 Places of Worship in North Jakarta

North Jakarta is bounded by the Java Sea to the north, and it’s famously known to have two harbors on its city, Tanjung Priok Harbor and Sunda Kelapa Harbor, with Tanjung Priok Harbor being the busiest commercial harbor in Indonesia for export and import activities. Some of Jakarta’s original natural mangrove forests also can be found here. Even though as the city developed, some of it is replaced into an urban area.

North Jakarta has lots of tourist attractions such as historic sites, beautiful beaches, and also home to several landmarks like the Jakarta History Museum. Other popular attractions in North Jakarta is Taman Impian Jaya Ancol that well known for their beach and different kinds of a theme park. North Jakarta is giving you another feel of Jakarta with its own industrial aesthetics along the road. Even so, North Jakarta also has its own beauty by being the home of the oldest places of worship in Indonesia.

Tugu Church is one of the oldest churches in Indonesia and a relic from Portuguese that was built in 1784. This church has a modest style and can be described as a fusion between 18th-century Dutch architecture and Portuguese architecture. This rich-in-history church that looks like a European building stands firmly and surely will catch your attention as you come.

Even though the building has undergone renovations from time to time, it’s claimed that the interior such as windows, roof, pulpit, and the baptismal pool still remains the same for more than 271 years. Tugu Church is located on Jl. Raya Tugu Semper Barat No.20, North Jakarta, precisely in Tugu Village (Kampung Tugu), a historic neighborhood. So, you might as well want to explore the area around.

You can also see the church bells that still exist from the past right next to the Tugu Church. But, the original bell is kept in the side room of the church and replaced by a replica. A number of graves of Portuguese descent can also still be found in the churchyard.

Located on Jl. Marunda, Cilincing, North Jakarta, Al Alam Mosque is one of the oldest mosques in Indonesia. This mosque is close to the sea, so you can hear the sound of the ship passing by.

Built-in the year 1575, this mosque became one of the witnesses of history left for the Betawi people on the island of Java. It also has several versions of history, with one of it is how this mosque was built only in one day and night by the Auliya (spreader guardians of Islam in Indonesia) led by Prince Fatahillah.

Al Alam Mosque is also known as Si Pitung Mosque because Si Pitung, a hero from Betawi, is said to have visited this worship place in order to escape from the pursuit of the Dutch Company. Even though it is already more than 400 years old, the mosque is uniquely still well maintained. However, the fact that it is an old building cannot be hidden. The architecture is reminiscent of the Demak Mosque model. In 1975, this mosque was declared as a cultural heritage.

This Buddhist monastery had some interesting history in it. It is said that this monastery was founded by sailors who docked on the beach near the Cilincing area and was named Sam Kuan Tai Tie Temple. After that, residents around the coast decided to make a place of worship for Buddhists, which eventually was called Lalitavistara. This name is based on the Buddhist Scriptures which tell about Sidharta Gautama’s life journey from birth to death.

Located on  Jl. Cilincing Lama No.03, Cilincing, North Jakarta, you will find yourself surrounded by rows of lanterns hanging from the ceiling the moment you enter this place. The lanterns are lined up from the front of the building to the prayer room located behind. This vihara is also popular for doing Ciam Si, the ritual of reading fortune or fortune-telling according to ancient Chinese traditions. If you are interested to get a prediction of your life destiny here, you can just tell your intentions to the temple guards.

Ciam Si is done by shaking a few bamboo sticks placed in a can. When shaken, some bamboo will fall and the temple keeper will make the forecast by reading the bamboo. Now, Lalitavistara Vihara officially becomes a cultural heritage in Jakarta.

Segara Temple is a Hindu place of worship located on Jakarta’s seashore, specifically Jl. Kremasi 28 Kali Baru Timur 29, North Jakarta. This temple also becomes the only temple in the Jabodetabek area located on the sea’s edge. It’s also been said that this temple is located on the seashore because Hindu communities in North Jakarta have seen the manifestation of Dewa Baruna (Varuna God), the ruler of the sea.

There is a red fence to mark the direction of the Segara Temple and to get to the temple area, you have to walk for around three minutes to get to the temple yard. Entering the temple complex, you will get to see the beautiful view of the sea. This temple is resembling Balinese architecture, with two statues on one of the prayer hall and Balinese carvings that decorating every side of the wall. Keep in mind that women who are in their menstruation period won’t be allowed to go inside.

This catholic church located on Jl. Taman Pluit Permai Timur No.17, Pluit, North Jakarta has a unique modern architectural design. Was inaugurated on November 18, 2012, Stella Maris Church consists of 2 floors with a splendid wooden interior. The outer walls of the church are covered with Indonesian local stones, creating a local and natural textured appearance, while the side of the building is surrounded by trees creating a fresh and calm feeling. This place can accommodate around 1600 people and are equipped with sound systems, lighting, and air conditioning. They also have a mass in Mandarin and English language.

We hope the article will help you to find another way to strolling around North Jakarta by visiting one of these places of worship. Have a great trip!